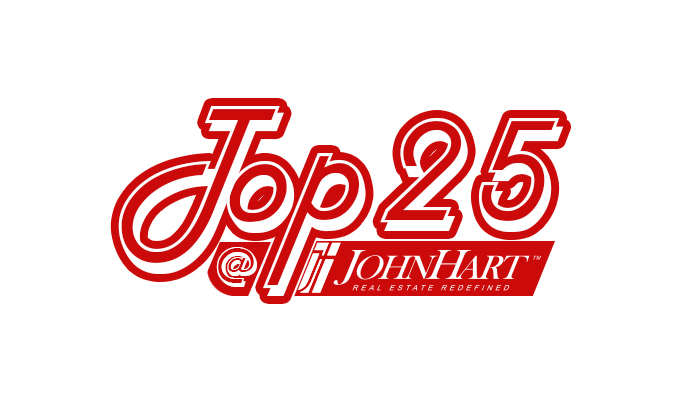 Team!! Welcome to the close of the first quarter, the beginning of the second quarter (which is the MOST important quarter of any year, as you know), and welcome to the TOP 25 ANNOUNCEMENT!!!

I don’t think it’s coincidental that last Thursday, the day before our first quarter closed, we played our first company softball game against Keller Williams and CRUSHED IT!!  Anyone who knows me, knows that I hate to lose – and this victory was delicious!  More importantly though, taking home the “W” brought with it a special feeling of accomplishment and comradery in an industry that is so focused on self-accomplishment, polarization, and individualism.  It was a true team moment, and those are often few and far between in real estate.

Before the game I told all the players “I’d rather you be miserable and win than happy and lose.” Immediately after I said that, I started feeling some self-doubt and regret.  However, what I realized is that we live in a society where you now get trophies just for participating.  In fact I recently heard that they are going to stop keeping score at middle-school level athletic competitions.  I’m sorry, but I think that an integral part of growing up is learning that competition is inevitable. Learning that there are winners and losers.  Learning that productivity, self-discipline, and motivation should be celebrated.  The agents who didn’t end up in the Top 25 don’t get fired, they aren’t chastised, nor are they left behind.  The reasoning behind creating a healthy competition, such as our quarterly list, is to motivate, celebrate, encourage, and acknowledge achievement in such a competitive industry.  I also saw creating the Top 25 as an opportunity to reiterate what JohnHart is all about: Community.  A oneness that we see as being so unusual and yet so integral in this industry.  This softball game was the perfect representation of that, without me even knowing it.

For those who didn’t make it, allow me to set the scene from the game on Thursday: we were up against Keller Williams, a formidable opponent, to say the least.  The rules stated that we were to have an equal mix of male and female players, however 90% of their players were men, and looked like they had just stepped out of the minor leagues.  They had cleats and gear and looked the part.  We followed the rules, but sometimes, which sometimes means that you don’t have the minor leaguers representing you.  I was stuck in traffic and when I got there, we were down 2-0.  I was FURIOUS that we were losing and I was furious that Keller Williams hadn’t followed the rules.  That’s when I made that statement, basically emphasizing that winning is everything.  But something happened during that game.  And it all comes down to one thing: TEAM.  TEAM mentality.  TEAM support.  TEAMWORK.  You see, that game wasn’t just won by the players on the field.  It was won by the players in the stands too.  The players that cheered and chanted and made signs and took the time to come to a game at 6pm on a night when they could’ve been home with their spouses and kids, or doing anything else. It was won with spirit and heart and a desire that was stronger than the desire of the other team.  I knew our desire was stronger because Keller Williams didn’t have ANYONE in the stands.  For being a large, publicly traded company, who PREACHES a lot about their community of support, they certainly didn’t put their money where their mouth is with this game.  That, and they underestimated their opponents.  I know that a company softball game doesn’t mean that much to a lot of people, but what that game represented for me was what JohnHart fundamentally stands for: COMMUNITY.

So, I wanted to take this opportunity to encourage all of you.  Take the energy and the productivity from the game, from the end of the first quarter, from this list, and use it – harness it to make the 2nd quarter your best quarter ever.  Use your team.  Utilize what makes us unique and what separates us from everyone else in the industry.  If you’re not in the Top 25, use the disappointment and frustration to propel you forward and motivate you to crush it this next quarter.  Our projected numbers for 2017 are $1.3 billion and even though our first quarter was good, we still aren’t even near that yet. This is the quarter that aligns us with that target.   Each and every one of you have the potential to get us there.  You have more potential than you even know, and where there is potential there is possibility.  There is more that each of us could have done to have brought us into the Top 25, and more still that the Top 25 could’ve done to bring them into the Top 5.  There’s always more growth to be found.  Just like in that game Thursday, we were underestimated, and that’s what I like to be.  Because just as much as I LOVE winning, I love meeting a formidable opponent and crushing their expectations.  That is what JohnHart is all about.  Upsetting expectations, dominating the industry, and over-delivering to our clients.  If you keep utilizing your team, keep your numbers competitive, and keep your eye on the prize, success is inevitable for all of us.

12-9 on Thursday – We won.  $1.3 Billion projected this year – We will achieve.  JohnHart means community, and community in this industry means success.  Take it.  Own it.  Believe it.  Achieve it.