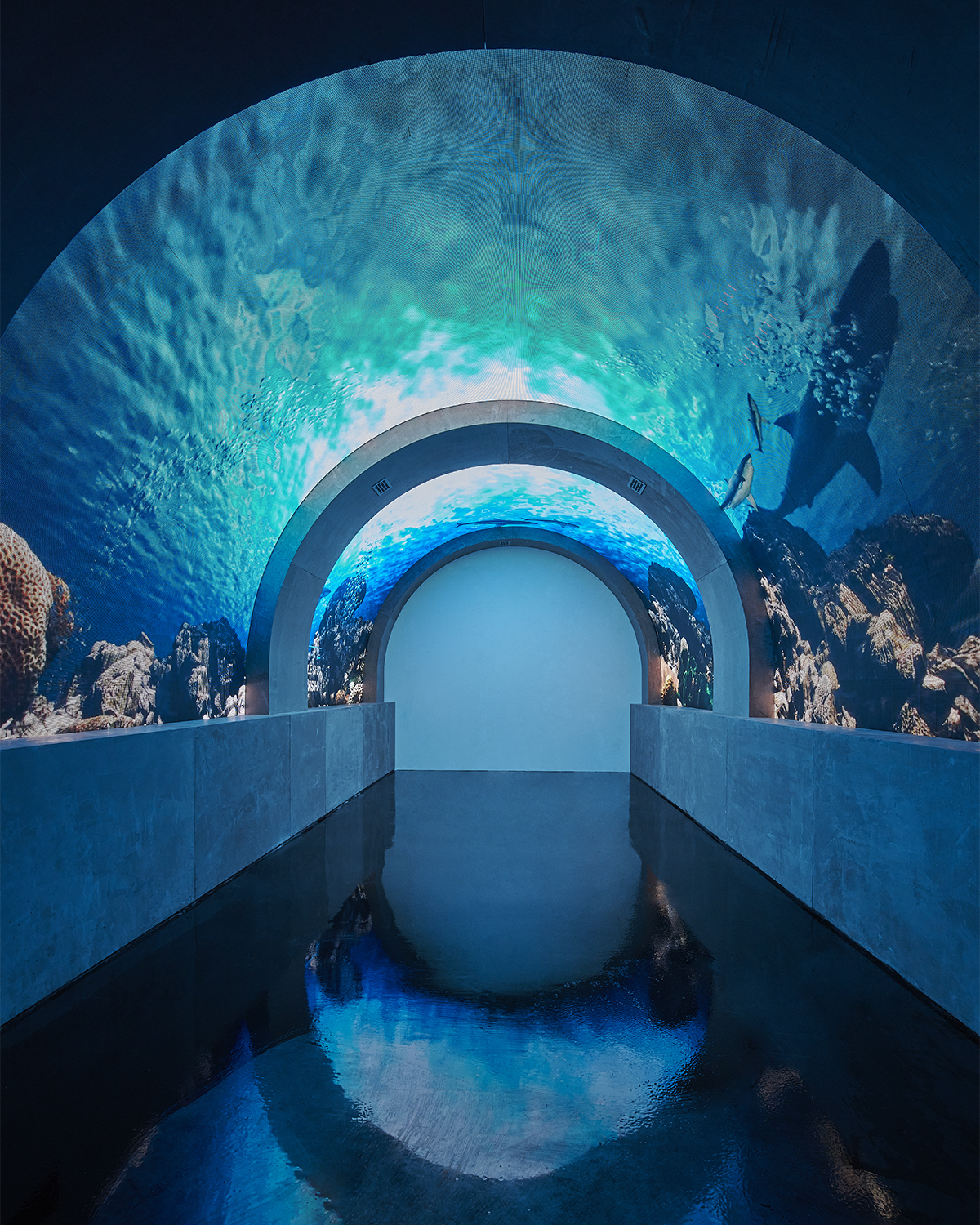 Not all Las Vegas tourist attractions are created equal. How many times have you been hooked into some overpriced tourist trap? If you’re just visiting, you can at least drown the disappointment in your hotel’s luxury pool or casino. But what about the locals? Where are the attractions in Las Vegas that deliver enough value to be worthwhile for tourists and locals alike? You’ll actually find plenty from which to choose, but today we’re highlighting three of our favorites. We’re even throwing in a bonus “attraction” to hit up when you’re entering or leaving town!

Arcadia Earth: See the World Without Leaving the City

Want to travel the world but only have enough time or money to get to central Las Vegas? Then head to Arcadia Earth. This immersive, interactive, multi-sensory experience raises awareness of real world plights through synthetic fantasy landscapes. It’s easier to understand when you examine it with all of your senses instead of reading about it.

Arcadia Earth uses its artistry to transport you to luminous plastic bag ice caves, shimmering aquatic wonderlands and alien landscapes. But its surrealism ultimately lends to a crucial message about our real world. Arcadia Earth joins other Las Vegas tourist attractions that take art installations to new heights. Like its New York location, it’s a permanent fixture in the city.

So, how did the team behind Arcadia Earth go about creating their surreal cover version of our planet? It’s a mostly seamless collaboration of augmented reality, virtual reality, and light projections. Clear as mud? You have to see it to believe it. And even then, you’ll be questioning what the hotel bar slipped into your drink earlier.

The Pioneer Saloon: The Next Best Thing to a Time Machine

Located just about 40 minutes southwest of downtown, you’ll find one of the few Las Vegas tourist attractions on this list that’s ideal for the whole family… even the dog. But don’t worry, you can still order a pretty stiff drink at the Pioneer Saloon. This watering hole is at the center of a former mining town called Goodsprings. It’s Old West charm has earned it a place in movies, television, magazine spreads, and more.

Goodsprings is classified as a ghost town, but there are still a little over 200 residents of the unincorporated community. And several of them still frequent the Pioneer Saloon to cool off after a hot day. If the stories are to be believed, the oldest saloon in Nevada also boasts at least one ghostly regular. The specter is believed to belong to a card cheat that met an untimely end on the wrong end of his opponent’s six shooter. Three bullet holes remain in the wall along with the mounted death certificate of the unfortunate gambler.

With parts of the bar being constructed as far back as 1860, the saloon offers up a fairly authentic Old West experience. The dining tables are the same ones that once accommodated grisled prospectors chasing lustrous dreams into the inhospitable desert heat. Even the original wood stove is used to heat the space on chilly evenings. The Pioneer Saloon casts a striking juxtaposition against the Vegas glitz and glamor. But if you’re looking for some sincerity to contrast against the materialism, this is one of the better Las Vegas tourist attractions.

Zak Bagans’ The Haunted Museum: The Most Dangerous of the Las Vegas Tourist Attractions?

We can’t in good faith recommend Zak Bagans’ The Haunted Museum to all of our readers. This age 16-and-up haunted mansion displays the private collection of paranormal enthusiast Zak Bagans. Reality TV fans may recognize him as a host of the Discovery Channel show Ghost Adventures. The two-hour tours start off kitschy enough. Knowledgeable tour guides lead you through 33 rooms of a historic downtown Las Vegas “haunted” treasury. Of course, several of these rooms are rigged with animatronics, scare actors, and other gimmicks. For some visitors, this elevates the experience to an immersive evening of thrills. For others, it’s an excessive distraction from the actual artifacts on display.

And some of these artifacts are genuinely impressive and creepy if you don’t mind a bit of sensationalism and imagination. For example, Bagans had the staircase of a Gary, Indiana home noted for “demon possession” moved to his museum. He offers a host of haunted, cursed dolls and puppets (enough to fill an entire unsettling room). There’s even a “Dybbuk box” that directly inspired the movie The Possession. Of course, if you don’t believe in the paranormal, Zak Bagan’s The Haunted Museum is easily among the Las Vegas tourist attractions you can skip.

But certain rooms test the audience beyond simple disbelief. A fixation on celebrity deaths, including graphic photos, veers into the tasteless. Then, there’s the memorabilia collected from infamous serial killers that borders on tribute. It can be a bit much for anyone thinking deeply about these matters, but guides give guests the chance to opt out of any of the 33 rooms. In the end, Zak Bagan’s The Haunted Museum is pretty much what you’d expect of the best haunted Las Vegas tourist attractions. Interesting? Sure. Creepy? You bet. Tacky? Without a doubt. But if all of these sound like selling points, the long waits are worth it. And you may even catch an appearance from Bagans himself who is known to frequent the premises.

Whether you’re pulling up to the city after a long drive or departing it, you’ll need gas. So why not make refueling part of the Las Vegas experience? About 30 minutes southy of the city, you’ll find Jean, Nevada offering a multitude of options for topping off your tank. For novelty alone, we recommend choosing the Terrible Herbst Convenience Store.

To give you some context, Terrible Herbst is a gas station chain servicing areas in the Southwest U.S. Writing for UPI, journalist Joe Bob Briggs perhaps most accurately described Terrible Herbst founder Ed Herbst as “the P.T. Barnum of gasoline.” Today, this spirit translates into something just below the Las Vegas tourist attractions on our list. Terrible’s offers the world’s largest Chevron with 96 gas pumps for motorists in a hurry to get in or out of Sin City. The sight of the seemingly endless rows of pumps is surreal enough, but things get stranger as you approach Terrible’s Roadhouse.

Within the 50,000-square feet of Terrible’s Roadhouse, you’ll mostly find odd variations on typical gas station fare. Want to grab some beer for the hotel? Terrible’s has a chilly Beer Cave dedicated to frosty refreshment. If you’re in the mood for something sweeter, Terrible’s serves up a burgeoning grotto of vintage candies and sodas. Within this cavernous convenience store, you’ll also find the state’s first drive-through White Castle. If you need a little high-test fuel up of your own, you’ll find a 30-foot long coffee bar offering Nitro cold brew.

Terrible’s keeps the surreality flowing with three full-size single-engine planes looming above, a roped off NASCAR automobile, and 13-foot sasquatch statue gatekeeping the beef jerky. Sure, there are a lot of other places you can conveniently fill your car up in Jean. But we’re definitely going with the one with the giant sasquatch.