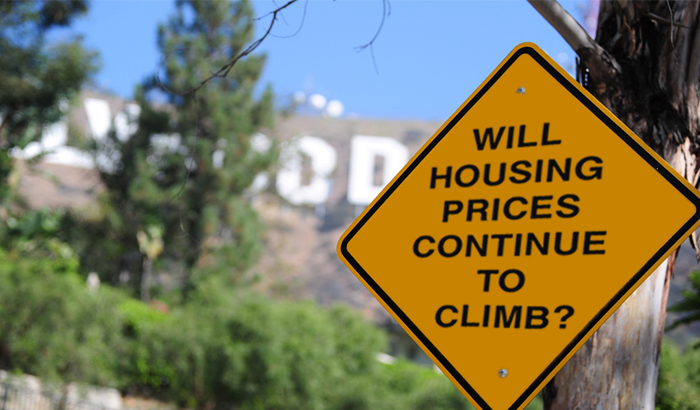 Time for the monthly market update for Los Angeles County! If you missed the last installment click here to find out what has been happening in the market – because it has been hotter than the wildfires burning down our beloved state.

If you’re a Realtor in LA County then you’ve either been writing a lot of offers and getting beat out at every turn, or you’ve been getting 10+ offers on your listings… if they’re priced right 😉. Yep, the market has remained ridiculously hot all through August and, while we don’t have the September data just yet, it sure feels like it still is scorching right now!

Our Months Of Inventory (MOI), one of my favorite KPIs, moved from 1.6 to 1.8 MOI for sold properties. But, we are still well below the 2.2 MOI we experienced in August 2019. For those that don’t know, MOI below 2 is a pretty bullish indicator for the housing market in Los Angeles. 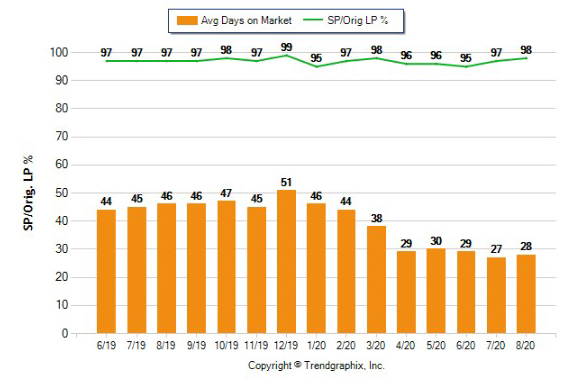 Lastly, let’s take a look at the Sold Price to List Price ratio, which is a measure of the differential between what the average property is listed for and for what it sells. In August we had a 99% SP/LP Ratio – which is very healthy as well.

Why is this happening? Well, last month I laid out the data for the number of homes on the market for the last five years and it clearly showed that not only has inventory decreased every year but also that we were down nearly 30% from 7/2019 to 7/2020. Well, we have moved down another 1.4% from July to August 2020, and sold properties are up .2%. That means even less inventory with the same level of demand.

This pinch in inventory, compounded with the record low interest rates is, in my humble opinion, the driving force behind one of the hottest housing markets we have ever seen.

To quickly recap, prices are trending higher, inventory is dropping, DOM is near record lows, and homes are selling for what sellers are asking. We are in the midst of a full-fledged sellers’ market, and this comes at a time when unemployment is pretty high. One could argue that inventory is tighter because people are unemployed and not moving, and that as unemployment decreases they will raise interest rates to temper buyer demand, but who likes to argue anyway 😉. The market is hot – take advantage of it (if you’re planning on selling) while you can – that’s my advice.

Stay tuned to see how September finishes out and if we see any changes coming on the horizon, My guess? DOM starts to creep up, but that’s all I’m saying for now!