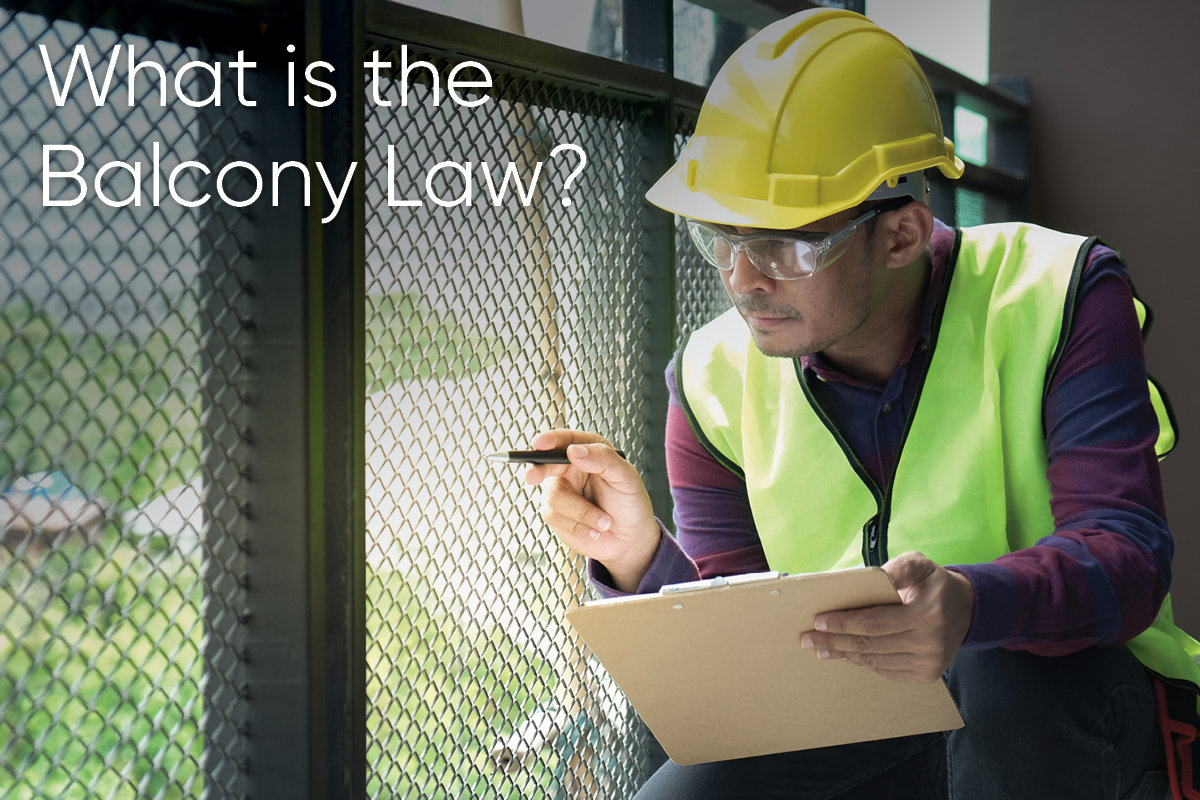 On June 16, 2015, tragedy struck in Berkley California. At an apartment near the U.C. Berkeley campus, several students were congregating on a balcony when it collapsed. The accident resulted in the death of six students and injury to seven others.

In response to the tragic Berkley accident, the California State Senate passed Bill SB 721, which has been referred to as the “Balcony Law.”

Under SB 721, landlords of multifamily buildings with three or more units are required to inspect all exterior elevated elements (EEE). This includes balconies, stairs, walkways, porches, and railings.

These inspections must be performed by either a licensed civil engineer, structural engineer, architect, general contractor (holding an A, B, or C-5 license), or a certified building inspector — not employed by the jurisdiction wherein the inspection is being performed.

Also, if an immediate hazard is found to exist after an inspection, it must be reported to local authorities within 15 days, with emergency repairs to be performed by a time set by the local jurisdiction. In the event that a non-emergency hazard is discovered, it must be reported, and the repair must be completed within 120 days.

It is worth noting that the law does include a few exceptions. If the EEE is not made of wood, the law does not apply to the structure. Although, some local jurisdictions, such as San Francisco, have added more stringent local ordinances that require inspections to buildings with metal EEE.

Another large exception concerns common interest developments such as condo complexes. The law does not require that these buildings be inspected. Although a companion law, SB 326, requires apartment buildings being converted to condos to have an inspection performed prior to the sale of the first condo in the building.

Tim is a licensed attorney in California and Nevada. He brings over 19 years of transactional and litigation experience to JohnHart. Prior to joining JohnHart, Tim was in private practice providing legal guidance to clients on Real Estate, financial, corporate, estate planning, and employment matters. View all posts by on Google+ →