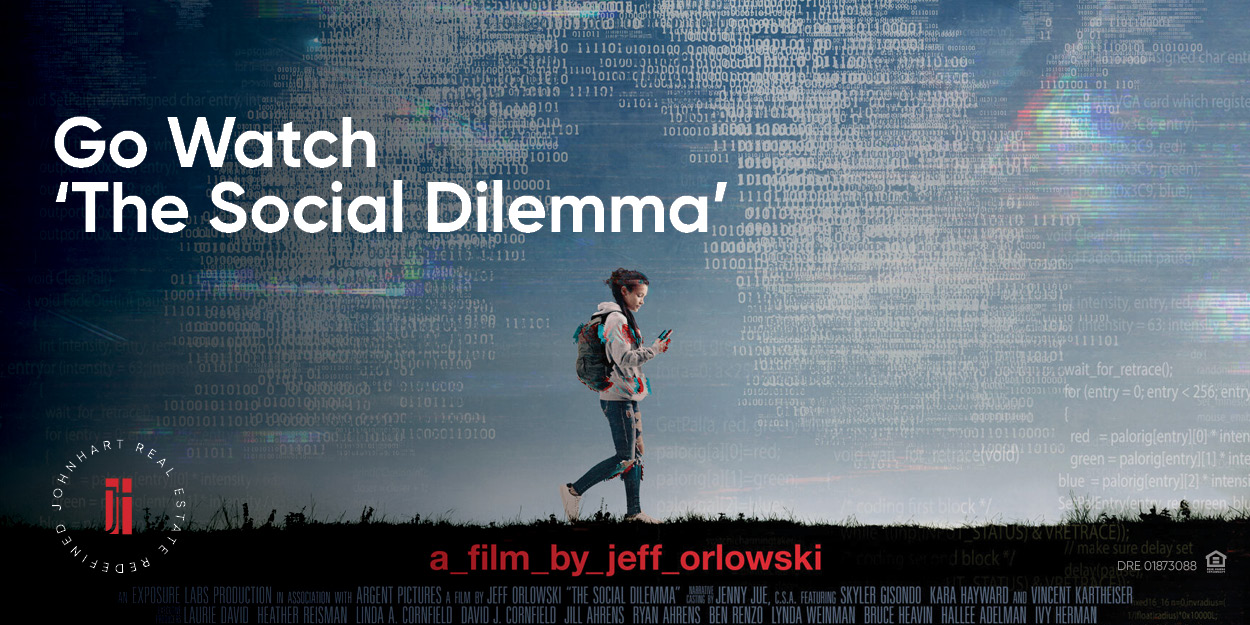 On September 9th, 2020, Netflix debuted The Social Dilemma, a documentary film that features tech experts from Silicon Valley sounding the alarm on the dangerous impact social networking is having on the human race. I recently watched this film, and though it doesn’t tackle every issue related to the internet and its impact on our world today — it does a great job explaining some of the unique issues we face as a society in lieu of our online lives. I encourage everyone to watch it because it is thought-provoking, enlightening, and delves into important topics that are relevant to all of us — whether we admit it or not.

Rather than unpack the film piece by piece and ruin your viewing experience, I want to explore what makes it such a fascinating watch.

The first thing that stood out to me? The impressive talking heads that director Jeff Orlowski chose as experts and commenters on the problems stemming from social networks. The opening moments of the film are marked by a slew of who’s who introductions — everyone from the tireless ethicist and provocateur for change Tristan Harris, to research guru Renee DiResta, to former Pinterest President and Facebook monetization director Tim Kendall. Each of the men and women introduced has great insights to bring to the table, and immediately give you a sense of the scope and serious nature of this 93-minute film.

Addicted to our Phones

Before diving into the dark side of social media, the film explores a topic that’s been inescapable and insufferable in recent years: our increasingly dangerous addiction to our mobile devices. What held my attention here was how they approach it, how they examine the designs of smartphones today — designs which continue to activate dopamine stores in our brain and elicit a response, much like a lab rat. Even when these topics are obvious to many of us, the depiction of just how damaging our phones can be is trule eye-opening. I found myself immediately hyper-aware of my phone use, my reliance on the 6-inch piece of hardware sitting on the couch next to me. Since viewing The Social Dilemma I aim to dramatically reduce my phone use, and I find I am significantly more self-aware of my penchant for checking my phone.

As I gobbled up the many fascinating themes of the film, my only wish was that there was more of it! I could watch 10+ hours on the subjects they touched on, and I believe it would make for an entertaining and useful recurring series.

One of the final elements of the movie concerns the idea of the polarization of our country and the role that social networking plays to that end. It is equal parts captivating and scary. One thing the experts interviewed agree on is that real change has to happen, and soon.

Some of the deleterious effects of social networking and our phones are legitimately frightening, and if we don’t make serious changes soon, the world could be headed to an even darker place than we already find it.