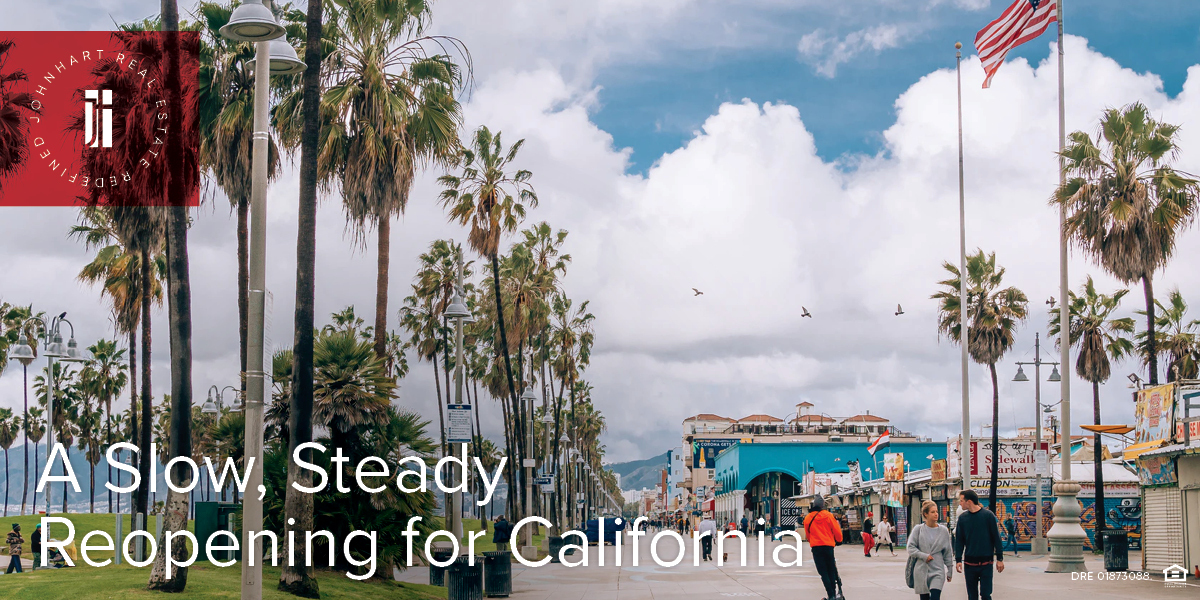 In May of this year, California Governor Gavin Newsom outlined a reopening of the state to occur in four stages. June hit, and cases rose, and last Friday, August 28th Governor Newsom unveiled a brand new set of guidelines for the future. These new guidelines are now based on colors and utilize a much slower, steadier reopening for the counties of California.

Purple is the first tier, in which most non-essential indoor business operations are closed. In order for counties to move tiers, case rates and test positivity rates need to meet certain parameters (above).

Currently, 87% of the state’s population falls in the purple category. Notably, San Diego and San Francisco are rated red, which allows them to open indoor theaters with modifications (25% capacity or 100 people, whichever is fewer).

The movement from one tier to another is perhaps the biggest change in the state’s approach to reopening. Rather than 14 days with measurements below mandated levels, counties now must attain 21 days. Plus,  the state can decide to move counties back down the ladder if their numbers become too worrisome — a process which only takes 14 days.

Additionally, once a county moves from one tier to another, there is a two-week waiting period before schools can open.

Learning from Past Mistakes

It’s clear that the state government of California is showing that they learned a thing or two from the failed reopenings of May-July. This slower, more restrictive, and ultimately more cautious reopening may cause continued strain on businesses in the near future. Hopefully, it can also contain the virus and prevent a major surge in cases. If you’re interested in seeing where your county stands on the status of activities: visit this website for the full breakdown. The official name for the guidelines is The Blueprint for a Safer Economy.

On the heels of the announcement from Newsom comes word that school districts in Orange County have the green light to open again and allow students to return to in-person instruction. The county’s case rates fell below the required 100 cases per 100,000 residents back on August 23, which prompted a 14-day countdown on returning to school.  Over the past weekend, following Newsom’s new guidelines, OC schools were informed they can open September 22nd with the state’s blessing.

How students return is a whole other matter. Most districts are leaving the decision to parents, while others are opting to remain fully online for the foreseeable future. Orange County appears to be a guinea pig for the rest of the state’s schools, the rest of which do not have permission to re-open for in-person instruction. Hopefully, their return to classrooms occurs without causing any major spikes, but only time will tell.