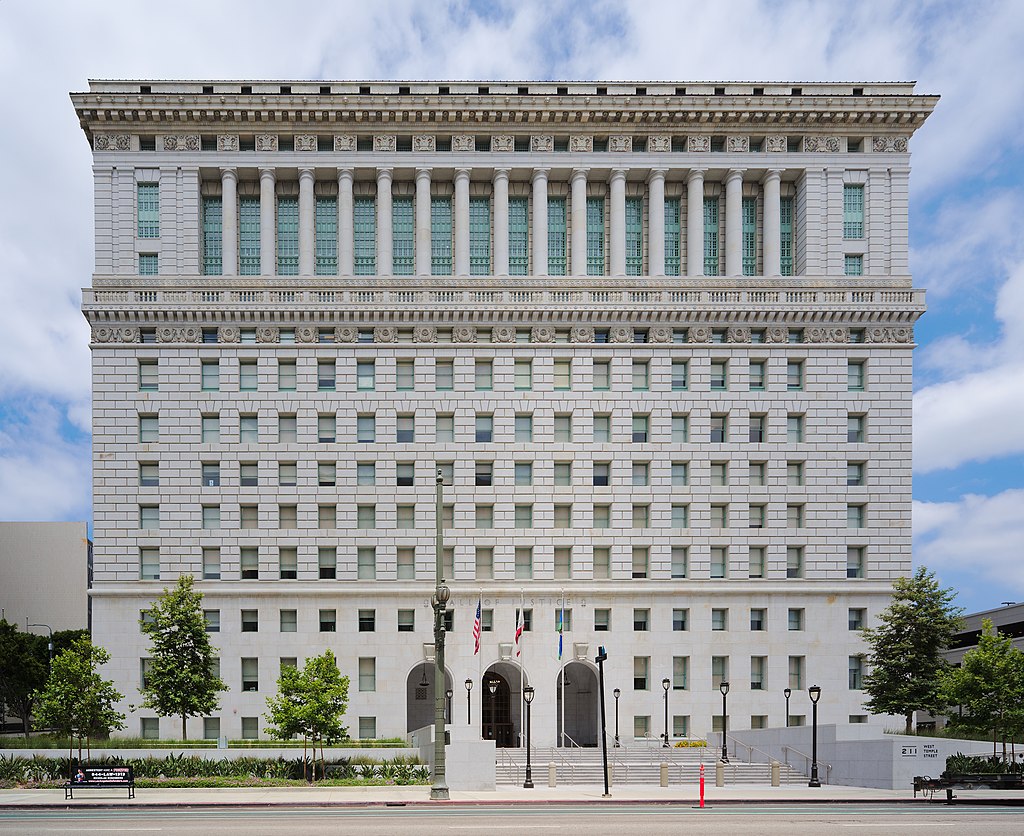 For the third chapter in our Los Angeles Architecture 101 series, we’re examining one of LA’s oldest forms of architecture. Unfortunately, it’s also among the least unique to the region. However, the Greater Los Angeles area still exhibits its own distinct relationship to Beaux-Arts. People across the U.S. celebrated Beaux-Arts architecture until its abrupt decline in the 1920s. Finding inspiration in the majesty and purity of classical Greek and Roman aesthetics, Beaux-Arts created a lofty impression. This one’s a dense one, so grab your monocle or opera glasses and settle onto the chaise lounge.

Bringing the Old Ways to the Modern World

The style’s name comes directly from the renowned French art school, the École des Beaux-Arts; more specifically, the Parisian branch known as the École nationale supérieure des Beaux-Arts. In its teachings, the school placed a particular emphasis on French neoclassicism along with forays into the Renaissance and Baroque.

Modern artists learned these ancient techniques to better preserve idealized antiquities for the generations to come. Therefore, architects frequently capitalized on its its reverence of classical forms and structures by applying it to official institutional buildings.

Buildings designed in a Beaux-Arts style may look indistinguishable from their ancient inspiration to the untrained eye. Yet, they typically incorporate modern materials such as glass and iron.

How to Recognize Beaux-Arts Architecture

Students of the École were instructed in sketching characteristic features of ancient Greek and Roman buildings including decorative cornices and robust columns. Often, instructors encouraged the prioritization of lavish entry halls with grandiose proportions and a strong saturation of design.

Beaux-Arts’ neoclassicism wasn’t fully recognized as its own independent architectural style until the early 1890s. Prior to this, it was simply regarded as a direct imitation of popular Greek and Roman classical styles. But once Beaux-Arts was distinguished, it was also emphatically embraced as the defacto style for buildings of institutional and cultural significance.

Defining characteristics of Beaux-Arts architecture include:

Culturally, Beaux-Arts architecture was a response to the Victorian era’s intermarrying of seemingly disparate styles. Yet, the traditional style’s quest to regain classical purity was further aided by progress in archaeology, history and even photography that brought the past closer to the modern era than ever before.

The reputation of the École inspired many aspiring American artists to travel to France to learn from the masters. Eventually, those same teachings bled into American architectural programs as students of the École passed its techniques far and wide. All of this contributed to the immense popularity of Beaux-Arts in the late 19th and early 20th century.

Around this time, American businesses were on the rise financially. These businesses sought buildings to act as extensions of this bounty and nothing spelled “sophisticated prosperity” quite like Beaux-Arts. Soon, it became synonymous with wealth in America, whether that be corporate, federal, or, in rarer cases, private.

When Beaux-Arts came to Los Angeles in the 1890s, it was more of a reflection of the national trend than a regional specific style. But there was a greater message underlying this adoption of an American trend.

At this point, Los Angeles was just beginning to shake its reputation as an agricultural Western town. It yearned for legitimacy in the eyes of the nation and Beaux-Arts architecture provided a visual statement. By so emphatically embracing the design style, Los Angeles seemed to say, “See? We’re just like you.”

The romanticized European neoclassicism served as an effective antidote to the wild rusticism of LA’s past as it unfurled into a burgeoning city. This was further hastened by the modernization of the agricultural industry and an influx of highly educated architects eager to take part in the legitimization of a fading frontier.

How Beaux-Arts Fit Into the Los Angeles Landscape

While Beaux-Arts was typically reserved for government buildings and other institutional structures, some wealthy families across the nation employed it in their lavish homes. Yet, no such residences are known in the Greater Los Angeles area. However, areas of the city, particularly Downtown Los Angeles, provide a wealth of impressive Beaux-Arts buildings even stretching into commercial and rarer industrial purposes.

Yet, Los Angeles was unable to keep up with other major U.S. cities as they employed Beaux-Arts in their commercial skyscrapers. In 1904, the city passed a height limitation on buildings, restricting them from exceeding 13 stories or 150 feet in height.

Cities on the East Coast were suffering from poor civic planning that left streets gloomy, bordered by looming skyscrapers. LA didn’t want to make the same mistake. Therefore, you won’t find any of the towering Beaux-Arts colossi that populate New York and Chicago in the City of Angels. LA’s height restrictions weren’t overturned until 1958, decades after the decline of Beaux-Arts.

The École-Trained Architects of Los Angeles

The Decline of the Beaux-Arts Style

While the popularity of Beaux-Arts lasted in LA for a few solid decades, its regional decline mirrored its national decline. Since Beaux-Arts had been used to signify prosperity, it’s fitting that the Great Depression brought it to a grinding halt. New construction across the country completely ceased.

It wouldn’t ramp up again until after World War II. By then, Beaux-Arts had fallen out of fashion. People no longer wanted to recreate the past. They wanted to see what the future held.

Thus, modernist aesthetics overtook Beaux-Arts. But Los Angeles had simply used Beaux-Arts to keep pace; not set trends. Modernism offered to bring a more distinct personality to the city that ran parallel to the rise of Hollywood.

Where to Find Beaux-Arts Buildings in LA