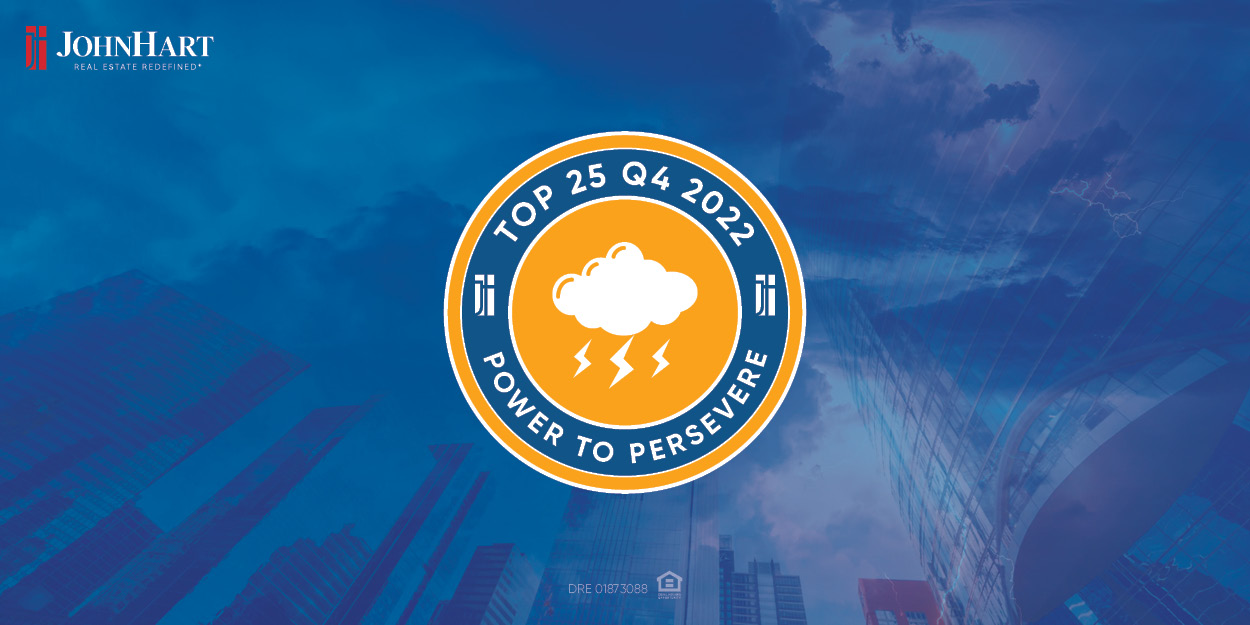 It’s never been an easy feat to make it into JohnHart’s Top 25 Agents of the Quarter. Yet, just as these agents have made an art of redefining real estate, the market itself has redefined “difficult.” It’s been a long time since the road to the Top 25 was strewn with so many obstacles, so many distractions, and so much general resistance. Not a single one of these agents, despite their years of experience and sharpened savvy, have had the wind at their backs in Q4. It’s been nothing but a brutal, uphill battle.

But they also recognized that miracles don’t happen in still waters and sunshine. And every agent on this list is a miracle worker who excels in making big things happen when the conditions are… let’s just say “less than kind.” When other agents were throwing in the towel, these agents said “One more step… no, make it ten more steps.”

The market resisted, but they persisted, finding fertile earth where others saw barren wastes. And today they plant their flag so that their efforts will always be remembered and respected. Each of them lunged headfirst into a nightmare market to guide their clients to their real estate dreams. While they catch their breath before meeting 2023 with their trademark ferocity, let’s give them a resounding round of applause. They’ve more than earned these accolades!