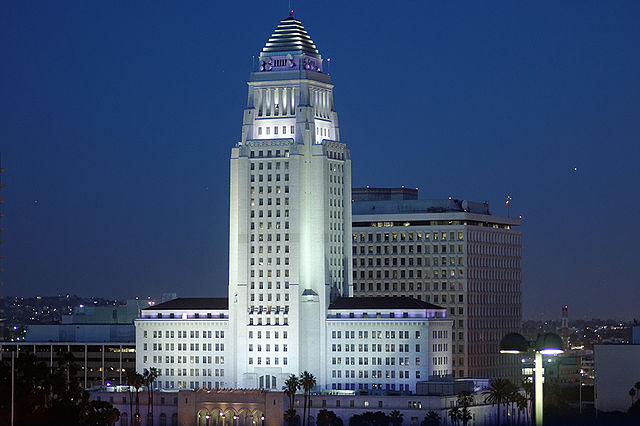 The city of Los Angeles continues its Covid-19 eviction protection saga this week. Yet, it will be Friday before the LA City Council’s vote reveals anything conclusive. For now, we can mull over a list of proposed regulations aimed at shielding tenants from repercussions for unpaid and underpaid rent. The proposals bring new hope for tenants still floundering in the aftermath of the global pandemic. But for property owners and investors, they bring more frustrations in a seemingly endless cascade of setbacks.

The news is changing faster than we can update, folks. It appears Los Angeles County (not to be confused wit the city) has just held a last minute vote to further extend COVID-era protections by two months. The new expiration date (at least for now) is March 31, 2023.

Despite impassioned dialogue from both sides of the aisle, LA City Council largely sided with tenants in their vote on Friday.

(1.) The vote adds nearly 400,000 homes to the list that will require “just cause” before any evictions can take place. Currently, about 650,000 homes in the city already enjoy such protections due to rent control measures. Examples of “just cause” include:

(2.) Tenants will now need to fall behind in excess of one month’s rent to face eviction for non-payment. However, this has been stated as a specific dollar amount based on type of unit. Landlords would only be permitted to evict for non-payment if tenant debt exceeded the following amounts:

(3.) For tenants forced to move by a rent hike exceeding 10%, landlords are now required to pay the exiting tenant three month’s in fair market rent… plus an additional $1,411 to cover relocation expenses.

(4.) Unauthorized tenants and pets moved into a unit during the height of the pandemic will have until January 30, 2024 to vacate the premises.

Tuesday, January 31st marks a big day in the city of LA. It’s the date that the city’s long-lasting eviction protection rules expire, freeing property owners to handle delinquent rent as they see fit. Or so it seemed.

Now, it’s likely that at least some of a string of new proposals will pass into effect, cushioning tenants who are behind on their rent payments. It’s giving the approximately 226,000 Los Angeles households with delinquent rent payments some much-needed optimism. But for property owners, the proposals are coming at a point when they finally thought they could see light at the end of the tunnel.

Inside the New Proposals

Prior to the pandemic, landlords of the city’s rent controlled properties held the right to evict tenants as long as they could provide “just cause.” This basically means the impetus fell on the landlord to provide a valid reason for the eviction. The City Council is going to mull over extending this eviction protection to units in the city that aren’t already rent controlled. This would prevent landlords from indiscriminately evicting tenants once general protections lift on January 31st.

Compensation for Rents Raised Over 10%

Another proposal would directly impact landlords hoping to institute a rent hike exceeding 10% following the January 31st deadline. Landlords would need to compensate those tenants forced to vacate as a result of the increase due to financial hardship. In most cases, this will only apply to buildings of newer construction. Rent controlled properties will still be exempt because their rent can’t be increased by 10%.

Eviction Protection for Delinquent Rent of a Month or Less

While the next proposal wouldn’t outright prevent eviction, it would give tenants a second chance. Under this rule, a tenant wouldn’t be able to be evicted unless they were delinquent in paying more than a month of “fair market” rent. Considering portions of the county have already adopted a similar eviction protection, this proposal has a strong possibility of passing.

The final proposal extends to unofficial tenants and unauthorized pets. It would create an eviction protection for occupants and pets that moved into a unit until January 31, 2024. This one may be the most controversial since it strips property owners of the screening process. It also allows pets to continue residing in buildings that may have been stipulated as pet-free.

With the Los Angeles County Covid-19 tenant regulations running out at approximately the same time, it’s a scary time for renters and owners alike. And as it stands, there’s no foreseeable compromise on the horizon. No matter how the City Council votes on Friday, Angeleno lives will be changed on January 31st.