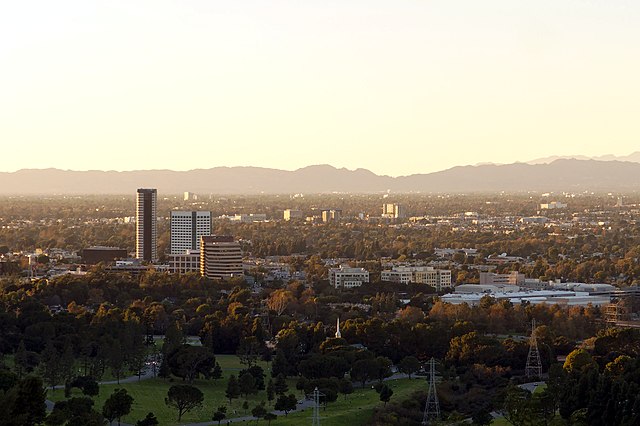 November’s Absorption Rates artfully illustrate the night-and-day diversity of markets around the Greater Los Angeles area. Those who have been following this column will easily recall how October showed all (but one!) neighborhood drop toward a buyer’s market. And this was after watching several neighborhoods continuously edge further into the seller’s favor. But November kept things interesting with a crazy 20% surge for one Valley neighborhood. And if that surprises you, wait until you see which other Valley neighborhood dropped a shocking 28% toward the buyer’s market. All-in-all, we saw six neighborhoods move closer to a buyer’s favor, three move further into a seller’s favor, and Long Beach treading water at an even 50% absorption rate. This market has more twists and bucks than a mechanical bull. It’s still a fantastic time for Los Angeles homes for sale. But it’s getting easier for buyers too, which isn’t a bad thing at all.

If this is your first Absorption Rate Analysis blog with us, allow us to go over a few basics. Regular readers can skip down to the next section:

Burbank Surges Back to the Highest Absorption Rate

We recorded a significant drop in Burbank’s absorption rate in October when the bustling neighborhood clocked in at 57%. It seems that this was a temporary reprieve, because Burbank held a strong absorption rate of 77% in November. That’s a full 25 percentage points above the next highest neighborhood (Glendale at 52%)!

What’s that mean? If you were on the fence about selling your Burbank house, the temperature might not get much better than this. Right now, they’re holding strong as one of the best neighborhoods for listing Los Angeles homes for sale.

You’d be hard-pressed to find any Burbank homes lingering on the market for too long. In short, no matter how you view the numbers, Burbank is strongly favoring the seller.

On the opposite end, Encino continues its dive into a healthy buyer’s market with a 13% absorption rate. That’s down two points from October’s 15% when Encino was hovering at the universally accepted gateway of the buyer’s market.

As one of the primary Valley neighborhoods, Encino typically produces a hot market for Los Angeles homes for sale. Therefore, it’s been interesting to view its steady drop into a legitimate buyer’s market.

Just to give you an idea, Encino boasted a 30% absorption rate back in August when we first started tracking these statistics. Its November absorption rate of 13% is the lowest rate we’ve measured yet. So, if you’re searching through Los Angeles houses for sale, you may want to start with Encino!

Big Changes for Los Angeles Homes for Sale in Northridge

In October, Northridge had just plummeted 20 percentage points from a 68% to 48% absorption rate. That’s a steep drop, but still nowhere near the universally acknowledged 15% threshold for a buyer’s market.

But if you think a 20 percentage point drop is dramatic, hold on to your CAR forms! November brought Northridge a staggering 28% drop, putting the popular Valley neighborhood at just a 20% absorption rate.

Yes, folks, we’re in the kind of market that can drop a neighborhood like Northridge from a 68% to 20% absorption rate in two months’ time. They’re still holding 5% over a buyer’s market, but it will be interesting to see where they land in December. Encino’s lonely days as the only neighborhood in a buyer’s market could be at an end.

The Diversification of LA’s Absorption Rates

So, after an October when every neighborhood (except Los Angeles proper) dropped toward the buyer’s market, November’s showing things even out a bit. Of the six neighborhoods moving toward a buyer’s market, we only saw one with a change greater than 5%. Similarly, of the neighborhoods jumping further into the seller’s terrain, Burbank more than doubled the second largest jump. This really illuminates that each neighborhood in the Greater Los Angeles area deserves individual analysis. Overall, Los Angeles homes for sale are still moving off the market. And in certain neighborhoods, moving rather quickly! But the buyers are finally finding some much needed leverage. It could all change next month, so make sure to stay tuned to our blog to see how this challenging year ends!