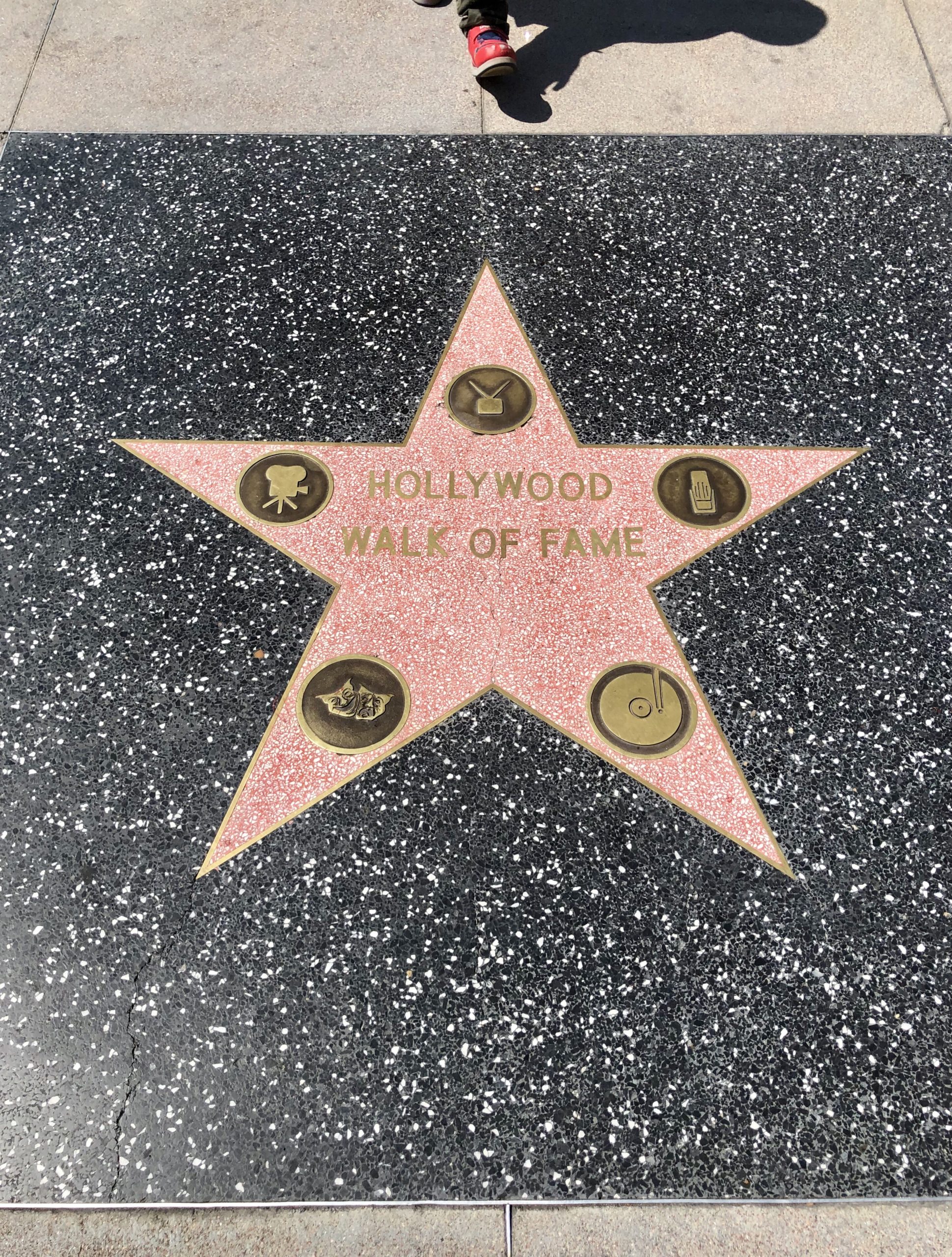 People the world over flock to the Hollywood Walk of Fame to bask in its iconicism. Unfortunately, they usually have to scrape through a few layers of grime to find it. But that could slowly begin changing for the better starting in 2023. That’s when a long-planned project to revitalize the area will break ground.

Beneath the Glamor of the Hollywood Walk of Fame

Movies, television, and pop culture in general have made the Hollywood Walk of Fame an American institution. Good luck finding a U.S. resident unfamiliar with those sidewalk encased stars. But the reality of the tourist attraction is often wildly different than the expectation.

Unsettling and at-times aggressive celebrity impersonators hustle outside of the Chinese Theatre charging tourists for photographs. Artists desperately in search of their big break pepper the sidewalks, peddling antiquated mix CDs, caricatures, and homemade jewelry. Street performers sing, dance, and do everything in between to earn the dollars of passing tourists.

There’s not exactly anything wrong with this. On the right afternoon, it can even have its own unique charm. But it’s a far cry from the sparkling majestic glamor that colors Hollywood. At least for those who have never been there. But the true Hollywood reserves its glamorous heights for a select few. Everyone else just gets varying shades of “odd” further distinguished by a palpable sense of desperation.

Pockets of residential Hollywood insulate themselves from this strange energy. But the Hollywood Walk of Fame soaks in that chaotic essence. It can be a sobering moment when a tour bus full of Hollywood devotees first sees the famed stretch of Hollywood Boulevard that wipes the stars from their eyes. Perhaps the powers-that-be recognized this, because change is on the horizon.

“Quick-Build” Changes Are Coming to Hollywood Boulevard in 2023

Summer 2023 will introduce a new initiative to revitalize the Hollywood Walk of Fame. Planners are billing the improvements as a “quick-build” project, focusing on the most popular sections of the iconic attraction. Conceptual sketches were released in 2020, but since then, publicly announced developments have been few and far between. The completed project as illustrated by the sketch is still several years away. But portions of the Hollywood Walk of Fame will enjoy some of the most major improvements sooner.

The planned changes tightly focus on improving pedestrian safety for a more secure and leisurely experience. The majority of the parking lanes that flank the sidewalks will be among the first casualties of renovation. Instead, restaurants will capitalize on the perfect weather when the city installs chairs and dining tables in these areas.

The plans also emphasize general beautification efforts. For example, officials will plant more shade-casting trees along the Hollywood corridor. Planners are also considering lush manicured plants, though whether these will be drought-resistant is unclear. The extra space will be ample enough to accommodate sidewalk vendors and a rotating door of commissioned art installations.

An Emphasis on Public Transportation and Pedestrians

The glow up will use funding through taxpayers via the Metro Active Transport program. Therefore, the initiative also places a focus on improving public transportation conditions. Redesigned bus shelters, including loading platforms and information kiosks, and plentiful bicycle racks will rejuvenate the city’s floundering Metro program. Voters approved funding by casting their votes on Measure M. The half-cent sales tax increase, passed in 2016, covers the full $7.2-million bill for the project.

The improvements will include streamlining the systems and routes already in place. For example, Metro is consolidating certain bus stops to improve public transportation schedules. This ties in directly with the LA Metro’s NextGen bus program. Likewise, certain pedestrian crossings will be eliminated. This may seem like another strike against the city’s walking masses. However, this part of the plan is actually meant to improve pedestrian safety.

Most curiosity surrounds the stretch of the Hollywood Walk of Fame between Highland and La Brea. This is the most iconic section of the sidewalk, passing directly in front of the Chinese Theatre. Officials have yet to disclose the plan for this specific section of the beautification project.

If everything goes according to plan, construction on the quick-build improvements to the Hollywood Walk of Fame will be complete by 2024. Then again, California is notorious for its delayed plans. But the quick-build will then lead into a larger scale Hollywood Walk of Fame renovation that will stretch down to Gower Street. When all is said and done, a large portion of Hollywood Boulevard will be reduced to a single lane of traffic in each direction. A central turning lane will also be included.

Looking Forward to the New Hollywood Walk of Fame

Though it’s early to say how the project will pan out, public response has been primarily positive. Many Angelenos who work in the area have to navigate sidewalks congested with languidly wandering tourists on their way to the office. The pedestrian-focused improvements will likely ease those evening rush hour walks to the train or bus.

Hollywood Boulevard’s frequent closures for movie premiers and special events have also already prepared residents for the changes. Area Angelenos often avoid driving through the Hollywood Walk of Fame when possible because of the frequent closures. Some have even argued for permanently banning automobiles from the busiest sections.

Will this modest project be enough to elevate the reality of Hollywood Boulevard to the global expectation? Probably not. The problems that plague Hollywood are much more complex than a lack of sidewalk space. But it’s a promising step in the right direction.