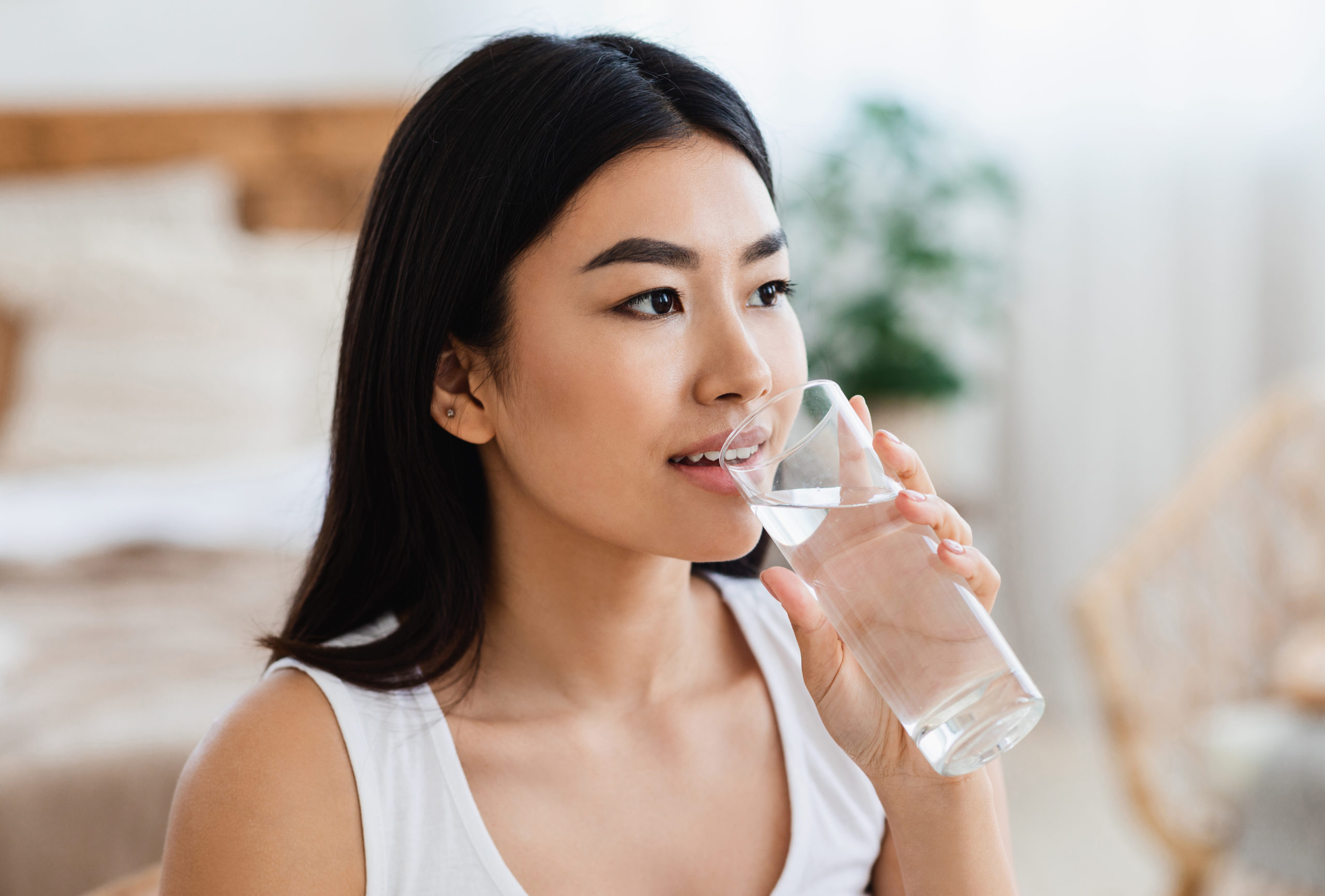 It’s no secret that there is a drought in California and much of the Southwest U.S. But what some residents may not realize is the actual severity of it. A study published in Nature Climate Change cites the arid conditions gripping California and other western states as the driest 22-year stretch in 1,200 years. And steadily climbing annual temperatures aren’t helping. For many Southern Californians, desert living is nothing new, but the state of emergency is undeniable. Governor Gavin Newsom, among other public officials, continues to urge Californians to reduce their water usage. But even in the face of severe drought, these pleas are often simply regarded as suggestions. So what are California’s immediate plans for taking the sting off this historic drought?

The Old Ways Are No Longer Working

Southern California already institutes measures to get around its arid conditions. They’re just not nearly enough anymore. Other parts of the state and even the country export the majority of the water used by the 22 million residents of the region. A major source of water for California is the Colorado River. However, several other states and parts of Mexico share in the waterway’s resources. With more demand for the water being collected from Northern California and neighboring states, Southern Californians have watched their import rates lunge upwards at almost 10% every year.

When understanding how to tackle the current water crisis, Orange County offers an admirable model. Parts of the county boast an adequate water reserve which seems like a decadent luxury by Southern California’s standards. How did they achieve it? A store of groundwater and recycled water from waste gives them an edge. But convincing the average American to drink recycled sewer water is a hard sell.

How Los Angeles is Moving to Fight the Drought in California

The Metropolitan Water District of Southern California is spearheading Los Angeles’s second wastewater initiative. Simply dubbed the Regional Recycled Water Program, it focuses on purifying water that is currently being dumped into the Pacific Ocean. However, this is a slow-moving process and it’s difficult to tell at this stage how much it will ease the strain of this brutal drought.

Officials still need to approve treated wastewater for potable use in California. The state has until the end of 2023 to approve the regulations that would make this a possibility. While your stomach may be twisting at the idea of drinking recycled sewer water, it’s important to remember that all water is recycled. With modern technology, purified sewer water is every bit as clean and fresh as the bottled water you buy at the store. Don’t believe us? Then ask a Texan. The state began approving recycled wastewater for potable use in 2013.

The drought in California, a state bordering the Pacific Ocean on one side, serves as a stark reminder of that old line from Samuel Taylor Coleridge’s “The Rime of the Ancient Mariner”: “Water, water everywhere and not a drop to drink.” But as our parched land meets 840 miles of coastline, we have to consider if that’s really the end of the argument. Enter the concept of desalination. Perhaps you’re already familiar with this effective, but costly, approach to water purification. It involves removing the salt from saltwater to turn it into pure drinking water. And it may surprise you to learn that there are already a number of desalination plants in California.

The High Cost of Desalination Efforts

The San Diego County Water Authority signed a 30-year-contract to purchase water from the desalination plant, passing the rates on to local households. However, current rates are close to triple those of imported water from Northern California and other states. And the largest California desalination plant only produces enough water to cover approximately 10% of San Diego area residents.

However, desalination technology has advanced in strides over the last two decades, requiring half the energy it once consumed. With the development of further improvements to the process, considerations are once again focused on California desalination plants. The urgency of drought in California highlights a desalination plant in Huntington Beach that Poseidon Water has been struggling to open for nearly 20 years. Next month, the California Coastal Commission will decide whether they have the permit required to continue their efforts. And as you can already imagine, the topic brings up an array of opposing views.

Poseidon Water estimates an increased monthly water rate of anywhere between three and six dollars per home. San Diego’s similarly sized desalination plant costs locals about an additional five dollars a month per home. No matter how you slice it, Poseidon’s plans are more expensive than other proposed solutions including wastewater treatment.

Arguments For and Against Poseidon Water’s California Desalination Plant

Obviously, supporters of the new California desalination plant believe that the one-and-a-half billion dollar project will revitalize the drought-stricken region. And Poseidon Water has put close to a million dollars into lobbying efforts just since 2019. They’ve managed to attract some high profile support including Governor Newsom, Senator Dianne Feinstein (D-Calif), and Huntington Beach Mayor Barbara Delgleize. But with the California Coastal Commission’s own staff recommending a rejection of their permit, high profile support may not be enough.

And the staff raise some interesting points. With drought in California at the forefront of many of our minds, it can be easy to look at desalination as a solution while ignoring its problems. At the forefront of the staff’s concerns is the environmental impact a new California desalination plant would bring. Initially, its ecological damage may seem minimal. They’re cutting costs by adopting some existing infrastructure and building on a 12-acre site that currently houses three aging oil tanks. But the constant intake and discharge through a 14-foot-wide access point would likely kill wildlife crucial to the sensitive ecosystem. Poseidon Water has responded with environmental initiatives meant to offset this damage including revitalizing area wetlands and establishing an artificial reef.

But the concerns don’t stop at ecosystem damage. There’s an increasing flood risk as a result of rising sea levels and questions as to whether the plant could endure the impact of a tsunami. Some have pointed out that the site of the plant is in an industrial area with a history of contamination. And, of course, the San Diego facility continues to illustrate the economic concerns surrounding desalination of ocean water.

Should We Consider Recycled Wastewater to Fight California’s Drought Instead?

While treated wastewater has yet to be approved for drinking in California, Orange County already boasts a facility with such capabilities. And those critical of adding more desalination plants in California are quick to point out that purifying wastewater is a much more cost-effective solution. Currently, the Orange County Sanitation District purifies the wastewater from over one-and-a-half-million area homes. Treating wastewater still employs a form of desalination. But since sewage has a lower salinity than saltwater, the process can be accomplished at about half the cost. Purification of wastewater can also be done anywhere. By comparison, desalination plants in California would need to line the coast.

People continue to balk at the idea of drinking purified water that was, at one time, raw sewage. But on a scientific level, there are much bigger concerns. The raw water being taken from rivers already has contamination from sewage. But there are other contaminants that regularly leach into waterways and oceans that are far tougher to treat, even for the most sophisticated California desalination plant. Hazardous chemicals from jet fuel, fluoropolymers and more pose an actual risk. But purified water is purified water, no matter its origin.

San Diego has already announced intentions to pull 35-percent of its water from wastewater by the year 2030. It remains to be seen whether Huntington Beach will move forward with their planned desalination plant. Currently, there is no solution to the mega drought in California that doesn’t come with an exorbitant price tag attached. Unfortunately, these initiatives often cost even more time than money. And time feels like it’s in even shorter supply than water.