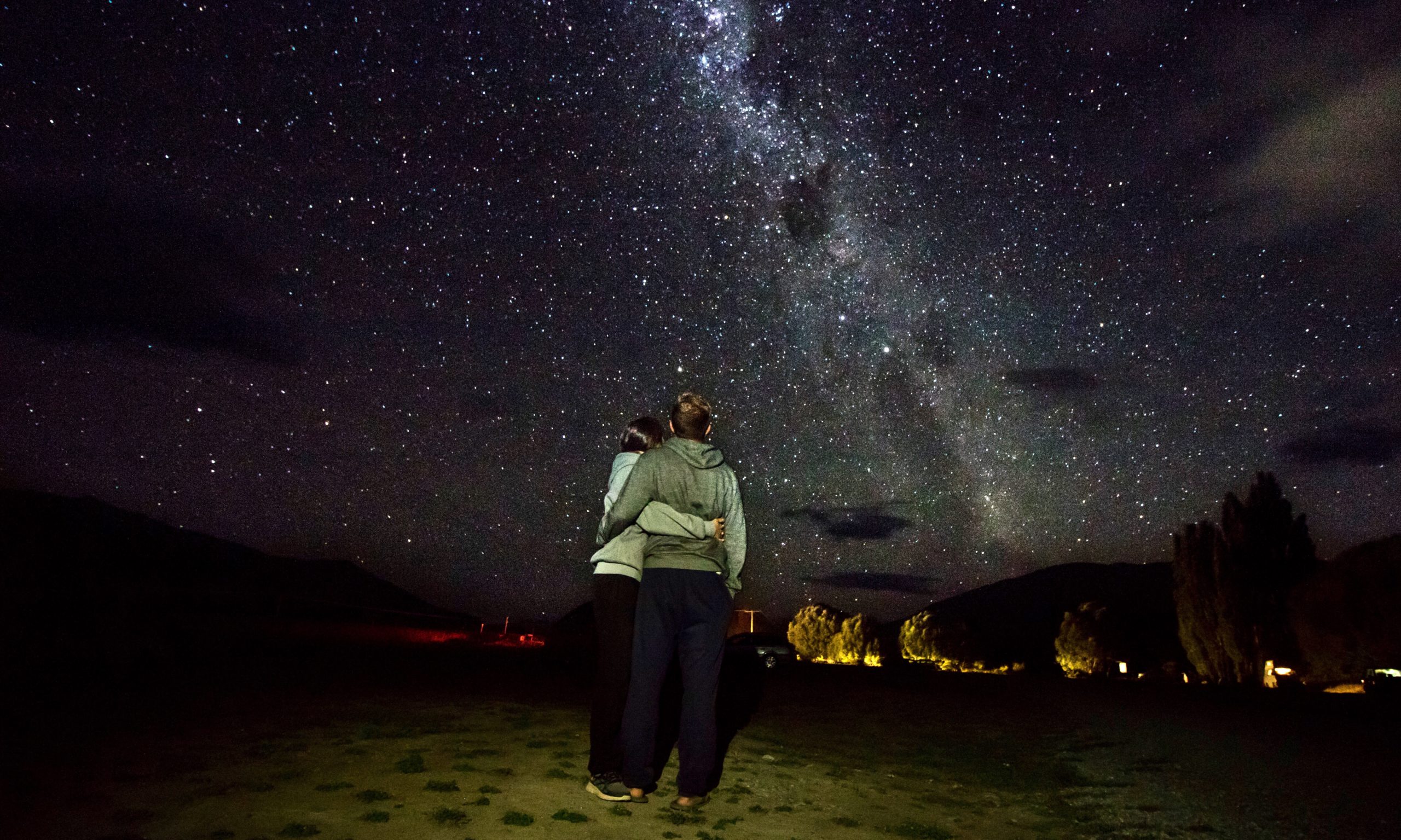 We’re officially into stargazing season. For the six months spanning from mid-March to mid-October, people across the country flock to the most remote areas. Their mission: to observe the twinkling nocturnal expanse above without light pollution. We’re spoiled by a wealth of options in the Greater Palm Springs area and Southern California in general. This includes two International Dark Sky Parks; preserved areas optimal for stargazing enthusiasts. The chance to stargaze is just one of the many benefits of the Greater Palm Springs region’s relatively secluded location. If you’re looking for a prime spot to soak in those stellar rays, you’ll be absolutely starstruck by this list.

If you’re looking for something close to home, Coachella Valley Preserve can accommodate. Located just 15 miles from Palm Springs proper, it’s the closest stargazing opportunity you’ll find. But proximity comes at a cost. The light pollution hurts its stargaze-appeal when compared to other offerings on our list. But if you want a solid date night, it’s a strong contender. Start off with one of the most romantic restaurants in the Palm Springs area before taking in nature’s own light show. It definitely sets the tone for a night to remember.

One of our International Dark Sky Parks is up next: Borrego Springs. It’s a solid hour-and-a-half drive from Palm Springs proper, which may be a bit much for some. But serious stargazers can’t pass up the chance to see one of the world’s official Dark Parks. If you’re planning on making this an overnight adventure, there’s plenty to do leading up to the evening. Galleta Meadows Estate serves up enormous metallic sculptures of dragons, dinosaurs, and other beasts. Get your hands (and everything else) dirty by exploring the Anza-Borrego Mud Caves. Acquaint yourself with Southern California wildlife at Coyote Canyon or Shell Reef. But ultimately you’re here for the stars and Borrego Springs doesn’t disappoint. Thanks to a distinct lack of light pollution and its unobstructed views, stars seem to spring from the sky.

If you’re not that well-versed in stargazing, Rancho Mirage Library & Observatory is the perfect place to ease into it. Young stargazers will enjoy this controlled introduction to the night’s majestic vistas. Unlike the rest of the stargaze sites on our list, this observatory comes equipped with a PlaneWave CDK7000 Telescope. You’re left feeling like you could reach out and touch the stars! Resident astronomer Eric McLaughlin is also usually on hand to answer any questions. And located even closer to Palm Springs proper than Coachella Valley Reserve, it’s not as taxing of a trip as some of the other stargaze sites on our list.

The Salton Sea: Make Sure to Bring a Nose Plug

The Salton Sea is deserving of its own blog with its strange history. But since this is a list of stargazing sites, we’ll keep the history lesson brief. Consisting of a shallow lake of salt water, the Salton Sea was host at one time to a burgeoning resort. But by the 1980s, runoff from state farms resulted in high levels of toxicity that killed off the fish and bird populations. Today, the resort is long gone and the lake remains as a monument to environmental disaster. At times, you can smell its rotting odor as far off as Los Angeles. But it also offers spectacular views for stargazing if you plug your nose. You can expect some minor light pollution from nearby communities. But there’s no better spot for watching a post-apocalyptic sunset fade into a starry, though stinky, night.

Whitewater Canyon Preserve is one of the closest stargazing sites to Palm Springs on this list. Notable as a point of convergence for the Whitewater and San Gorgonia Rivers, it provides a fertile area for a variety of flora and fauna. The grounds boast natural shielding from the light pollution of nearby communities and freeways, making it a perfect stargaze spot on clear nights. It also features campgrounds so you can make a night of it.

We’ve saved arguably the best (and definitely the most obvious) for last. To residents of Palm Springs and all of Southern California, Joshua Tree doesn’t really need more hype. Famed across the country, and the world thanks to U2, Joshua Tree’s remote location provides unparalleled stargazing opportunities. And when we say remote, we mean it. This spot will take you a good hour drive out of the Greater Palm Springs area. It could even take you longer depending on how far into the grounds you drive. But its unique landscapes and uncompromising night skies are well worth it. It’s also the second of the International Dark Sky Parks on our list. Due to its distance, it’s recommended that you plan to stay overnight. But whether at the campgrounds, a hotel or an Airbnb, you’re bound to find a feast for the eyes.