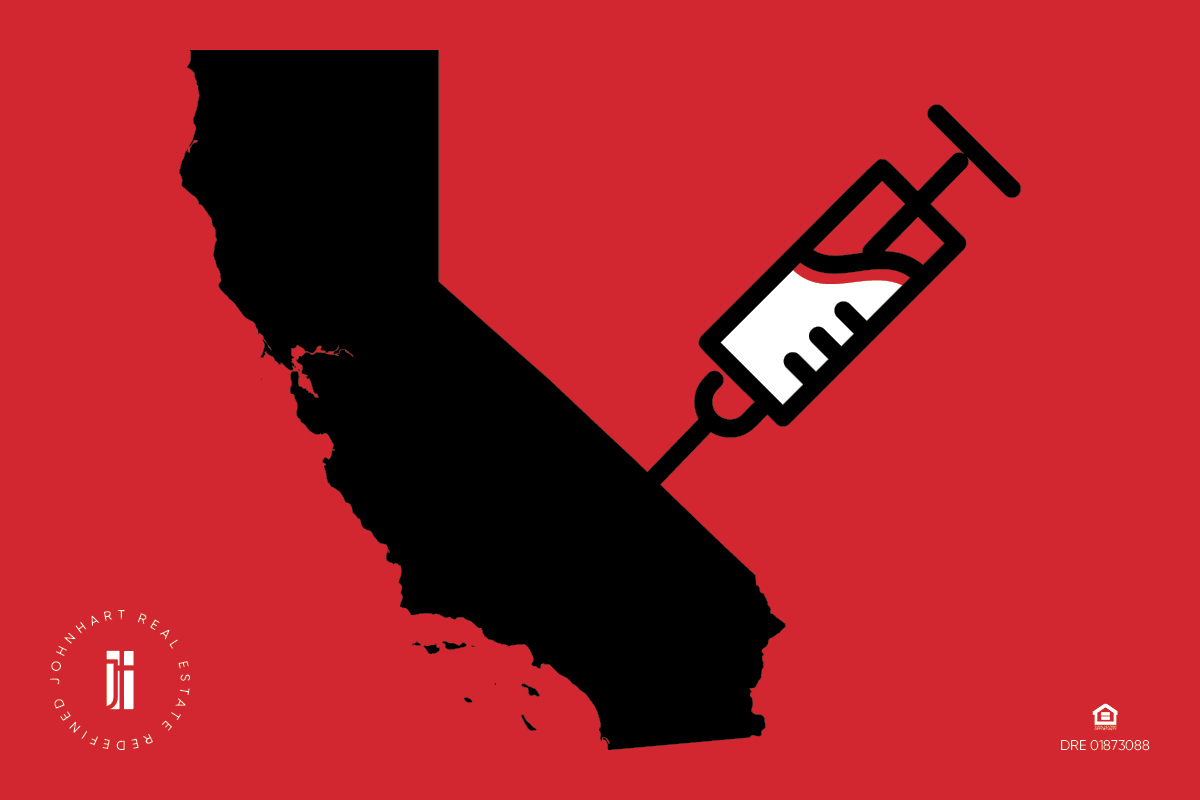 The rollout of the COVID-19 vaccines in California has been challenging, to put it mildly. The FDA issued an EUA (Emergency Use Authorization) for the Pfizer coronavirus vaccine on December 11, 2020. Days later they did the same for the Moderna vaccine and immunizations for healthcare workers and the elderly began. But the distribution of these vaccines has been hampered by supply chain issues, abuses of the system, anti-vax protests, and more. Yesterday, Governor Newsom delivered great news to Californians, announcing brand new eligibility starting next month. The latest news is very reassuring, as California opens vaccine eligibility to those 16 and older starting April 15. Additionally, those aged 50 and older can sign up on April 1.

You may be wondering ‘What changed? Why is California able to make this shift?’ Put simply, the vaccine supply is increasing, as the state transitions from receiving approximately 1.8 million doses per week to 2.5 million doses per week. Specifically, the state anticipates 2.5 million first and second doses for the first two weeks of April and 3 million during the rest of the month. Even more impressive? By the end of April California should be able to vaccinate 4 million people per week, according to officials.

With vaccine supply increasing and expanding eligibility to more Californians, the light at the end of the tunnel continues to get brighter. This is possible thanks to the leadership of the Biden-Harris Administration and the countless public health officials across the state who have stepped up to get shots into arms.

The recent news is inspiring, to say the least, and it comes on the heels of great news about LA County case numbers. However, state officials caution residents that it will take “several months” for all willing residents to be vaccinated. To date, California has doled out 16 million doses, with another 24 million needed to reach all residents. Above all, proceeding with cautious optimism appears to be the best course of action, as evidenced by the words of Dr. Mark Ghaly:

We are even closer to putting this pandemic behind us with today’s announcement and with vaccine supplies expected to increase dramatically in the months ahead. However, we are not there yet. It will take time to vaccinate all eligible Californians. During this time, we must not let our guard down. It is important that we remain vigilant, continue to wear masks, and follow public health guidance.

Ahead of the Curve (Mostly)

California is poised to beat President Joe Biden’s timeline goal of May 1 as the date to make all adults eligible for vaccines. However, the Golden State lags behind a number of other states that already opened vaccinations to those 16 and older.

Here are the 23 states that have opened (and will open) vaccination eligibility before California:

No Pediatric Vaccine, Yet

At this point, children are the only group of American people who lack a vaccine plan. Consequently, there is no official current timetable for a pediatric version of the vaccine. On March 25, Pfizer announced that the first young children have received their shots, marking the company’s first pediatric trial of the COVID-19 vaccine. The age groups in the trial include 6 months to 2 years, 2 years to 5 years, and 5 years to 11 years. Meanwhile, Moderna announced its trial in children 6 months to 11 years old last week. Last but not least, Johnson & Johnson plans to test its COVID-19 vaccine in ages 12 and up soon, followed by infants and even newborns.

In short, researchers are hopeful that a full pediatric vaccine will be available by late 2021.