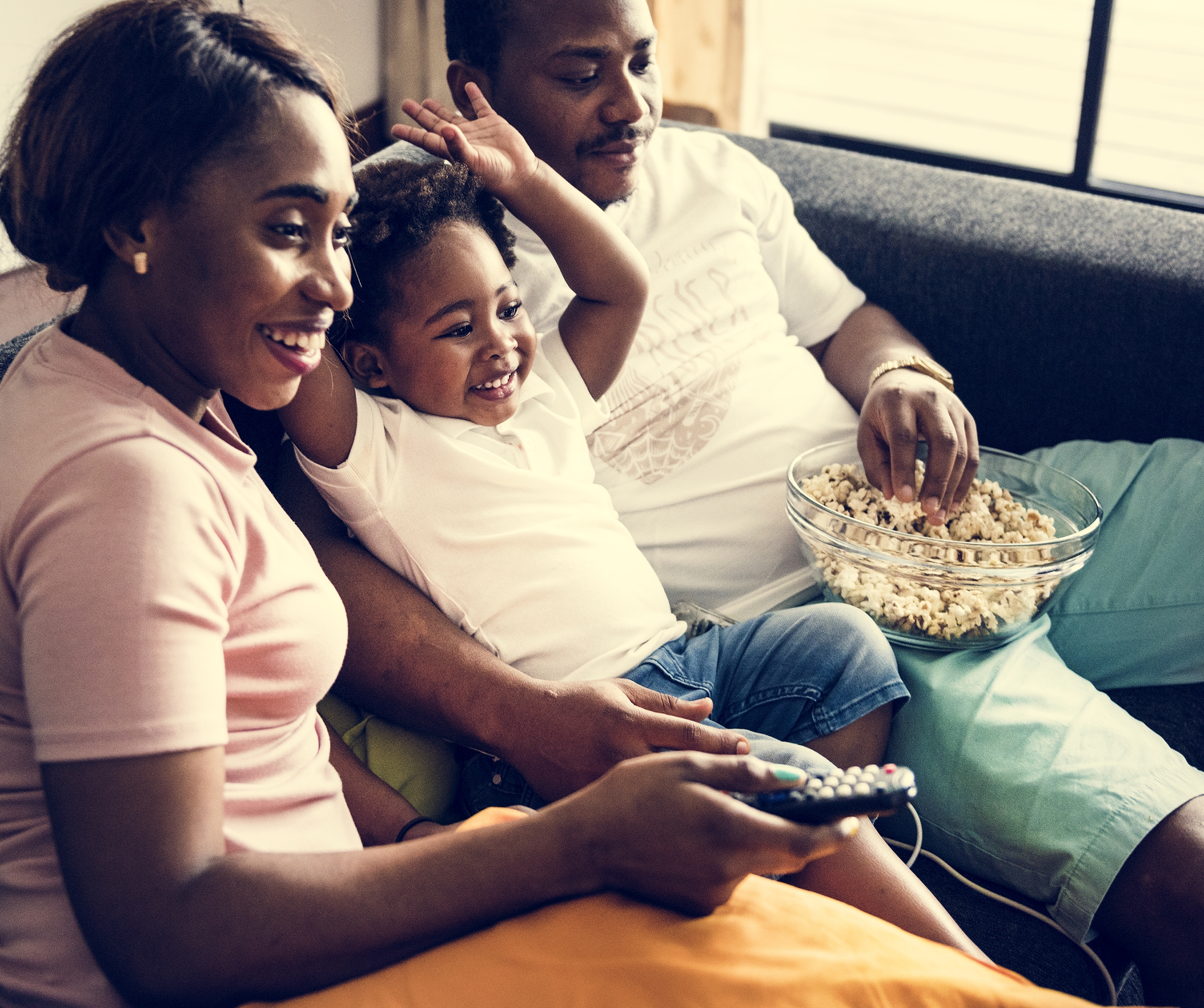 From hotly anticipated sequels to innovative originals, there are plenty of great films debuting on screens small and large next month. That’s why we put together a solid list of 8 must-watch movies premiering in March 2021:

When: March 31st
Where: In Theaters and HBO Max Streaming App

With an estimated $160-$200 million-dollar budget, you better believe that this movie is at the top of our list. We’re looking forward to seeing if this movie will live up to all the hype. This monster showdown is hotly anticipated as the biggest head-to-head of ALL-TIME for comic book lovers. Let’s hope this Warner Brother’s film lives up to every fans’ expectations, and then some. Godzilla and Kong should deliver a performance for the ages as they square up, again.

As per tradition in any film involving Godzilla or Kong, their battle arena will undoubtedly succumb to absolute destruction. As the two creatures are busy trading blows, the human race fights to end them both and restore peace for all. If you are a fan of any past Godzilla or Kong films, don’t let this one slip through the cracks. Mark your calendars for the Godzilla vs. King Kong release on March 31st, 2021 both in theaters and on HBO Max. If anything, the visuals should be stunning. Don’t miss out!

2) Raya and the Last Dragon

When: March 5th
Where: In Theaters and Disney+

Another animated film, but this time for the whole family. Raya and the Last Dragon is Disney’s next big hit. This computer-animated action-adventure film is full of creativity, imagination, and plenty of action. In the imaginary world of Kumandara, humans and dragons live together in peace and harmony. That is until monsters known as the Druun threaten the land. To save their home, dragons sacrificed themselves, leaving humans as the sole survivors. But, ONE dragon remained. That is where the film kicks off – 500 years later – the Druun are back. In order to save humans, Raya (the main character) sets on a mission to find the very last dragon in hopes to save the world as she knows it. As you can imagine, the journey is long, exciting, and delivers plenty teachable moments.

Akin to any Disney movie, this creative endeavor features uplifting friendships and an inspiring main character at the forefront. It is sure to wiggle its way into our hearts. Set your calendars for March 5th! This exhilarating animated film is coming to the Disney+ App, as well as theaters near you.

When: March 5th
Where: In Theaters and IMAX

Originally a best-selling book series, this thrilling Sci-Fi movie carries high expectations. Judging from the trailer, the film will not disappoint as a gripping, nail-biting, action film filled with drama and intensity. Lead Tom Holland, known for playing Spider-Man, is front and center alongside Star Wars actress Daisy Ridley. We’re banking on the duo producing an awe-inspiring romantic connection to keep our eyes glued to the screen. Hopefully, their relationship adds some diversity to this action and violence-rich plot.

Speaking of, this storyline is unlike anything we’ve ever seen before. Tom Holland’s character, Todd, grew up believing a germ killed all of woman-kind. Much to his surprise, Daisy Ridley’s character, Viola, appears and everything he has ever known is revealed as a lie. Daisy, too, is not accustomed to being around members of the opposite sex. Drawn together, the odds are stacked against them as they have many, many people out to get them in the worst way imaginable. Meanwhile, the pair are fighting to uncover hidden truths. Catch this movie in theaters and in IMAX on March 5th, 2021.

4) The SpongeBob Movie: Sponge on the Run

When: March 4th, 2021
Where: You can purchase via Apple TV, Prime Video, Google Play, Vudu, DirectTV, Fandango NOW, and Xfinity

Get ready for the ultimate rescue mission. Gary is missing, and Spongebob is NOT having it. The whole family can appreciate the humor presented in this Nickelodeon animated film. As if Spongebob wasn’t enough, this flick is packed with loads of well-known stars such as Keanu Reeves, Awkwafina, Danny Trejo, Snoop Dogg, and Tiffany Haddish. With such an all-star cast, both kids and adults should prepare to be thoroughly entertained.

One of the most intriguing aspects of the film’s plot? We get to see how the gang all met. Meaning, how Patrick, Sandy, Gary, and Squidward first found one another. The plot transports us back to pre-Spongebob TV series premiere days. Audiences get a peek into who Spongebob was before he became the “adult” Spongebob we all know and love. If you ever were, or are, a fan of the Nickelodeon TV series – this film is a MUST-WATCH. Purchase it on March 4th from nearly any digital store: AppleTV+, Amazon Prime Video, Google Play, Vudu, etc.

When: March 5th
Where: Exclusively on Amazon Prime Video

This film requires no introduction. We’ve all been waiting for it! After 30 years, the icon returns. Eddie Murphy is once again the monarch we all know and love: Akeem. Except this time, he is no longer a Prince, but a King in search of a long-lost son. Once reunited in America, of course, Akeem takes his son back to his homeland to see if he has what it takes to become Prince of Zamunda. The problem is, Akeem’s daughters are not too pleased with the reunion. Their hopes and dreams of becoming heir to the throne are suddenly in jeopardy.

Although the plot sounds drama-filled, rest assured this film will be overflowing with jokes to deliver belly-laughs much like its predecessor: Coming to America (1988). Just like the first film many years ago, Coming 2 America is rich with comedians and beloved stars such as Arsenio Hall, Tracy Morgan, Wesley Snipes, Jermaine Fowler, Leslie Jones, KiKi Layne, Shari Headley, James Early, Teyana Taylor, and much, much more. Mark your calendars for March 5th for this one on Amazon Prime Video.

“No one believes in an Asian basketball player” – Boogie Movie Trailer (2021). This line essentially sums up the theme of the movie. An Asian high school student fights the odds, grapples with racism, and consistently overcomes adversity to fulfill his dreams of becoming a professional basketball player. Notably, the trailer features a glimpse of the late rapper Pop Smoke, who passed away in February of 2020. The last known footage of him (Bashar Barkah Jackson) is in this movie, Boogie. He plays an antagonist on a team opposing the film’s lead, Taylor Takahashi AKA Alfred ‘Boogie’ Chin. Due to his appearance in the film, fans of Pop Smoke are rallying around the film’s release as a bittersweet remembrance of his talent and diverse skillset – from the studio to the big screen.

Aside from commemorating Pop Smoke’s last performance, this upcoming movie has plenty more to offer. This coming-of-age film was both written and directed by Eddie Huang, the author and creator of ABC’s Fresh Off the Boat. The TV series serves as Eddie’s memoir, as it was originally a book published back in 2013. This movie is no different – it showcases the trials and triumphs of growing up as an Asian American. Like everything Eddie touches, this film is sure to be a big hit. This seasoned author, film director, chef, attorney, and restauranter never shies away from delivering us high-quality, meaningful content whether it’s on the small screen, big screen, or in the kitchen. Be sure to mark your calendars for a March 5th release date.

In 2017, Warner Bros Entertainment released the much-anticipated Justice League film. To the surprise of many: it kind of sucked. Despite the all-star cast and vicious plot, the film underperformed. Many fans, especially DC Comics fans, were displeased by the way the film turned out. In fact, many conspiracy theories arose that this could not have been Director Zack Snyder’s true intentions with the film. News broke that Snyder did have to take a step back during editing to take care of some personal matters.

Since 2017, there have been protests outside Warner’s Brother’s gates. Numerous Twitter keyboard warriors have had the hashtag #ReleaseTheSnyderCUT and #SnyderCUT trending on and off since the film’s initial release. As a result, the film studio, Warner Bros, felt compelled to recut the film in a desperate attempt to appease the franchise’s fans. Whether the 2017 release was Zack Snyder’s doing or not, they have labeled this remake as “Zack Synder’s Justice League.” It is also informally known on social media as “The Snyder Cut”. It contains footage shot years ago that has been edited in an all-new format as an attempt to redeem the 2017 version. After 4 years of pressure from the fans, the anticipation for this film has reached a fever pitch. Viewers are holding on tight to their popcorn with high hopes.

When: March 5th
Where: In Theaters

Think of this upcoming flick as the literary version of the movie “The Devil Wears Prada.” Aspiring writer and recent graduate, Joanna, becomes an assistant to a literary agent of J.D. Salinger. She has not read any of the astronomically famous books of the author, such as The Catcher in the Rye. The plot consists of many learning curves, as Joanna struggles to comply with her new job’s demands. She is forced to balance her relationship and her good standing at her job, all while fighting the urge to follow her true dreams and passions.

This drama is based on a book called “My Salinger Year” by Joanna Rakoff, which was an autobiography. The film is said to be a good watch, as it made its big-screen debut in 2020 at the Berlin Film Festival.

That concludes our list of must-watch movies to keep your eyes peeled for in March 2021. Did we miss any? Let us know!

Plus, be sure to also browse our must-watch movies list from December 2020