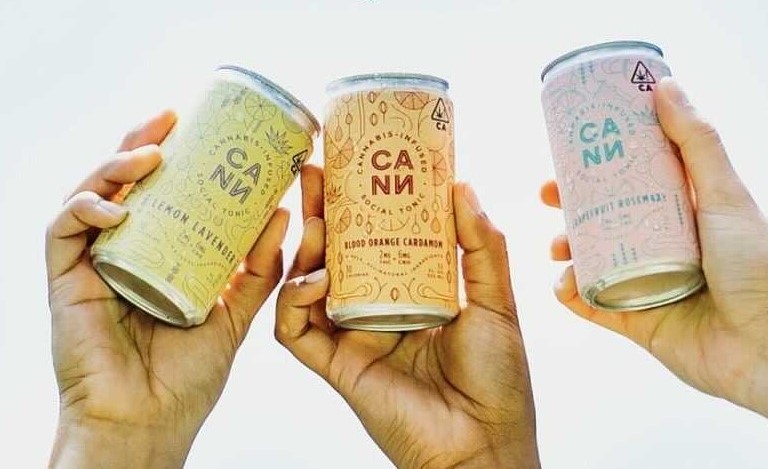 Cannabis has come a long way in the United States, with 1 in 3 Americans now living in a state where recreational marijuana use is legal. It’s been a meteoric rise for the drug, which was illegal across the nation just 10 years ago. Consumers have access to marijuana for medicinal purposes in 36 states, and it is completely legal in 15. Gummy candies and brownies have been popular consumable cannabis options for years, but there’s a newcomer making waves: cannabis beverages. Cannabis beverage sales have ballooned since bursting onto the scene in 2018 when the market was worth $901.8 million — to the tune of 45% annual growth in 2019 and 2020, respectively.

Cann You Dig It?

A breakout star of the cannabis beverage boom is headquartered here in California: Venice-based Cann. How did they do it? Simple.

Two 32-year-old business school stars head the burgeoning brand: Jake Bullock, of Stanford business school fame, and Luke Anderson, a Harvard Business School grad. Rather than entirely replace alcohol consumption, the duo instead sought to reduce how much they were consuming, “…to drink 20 to 40 percent less than we did before.” (LA Mag)

Over the past decade, young people in America have opted not to drink alcohol in droves. In fact, according to a study (from The Center for the Study of Drugs, Alcohol, Smoking, and Health at the University of Michigan) conducted between 2002-2018, the number of adults age 18-22 who abstained from drinking alcohol rose from 20% to 28% for those in college. For those not in school, the percentage was 30%, up from 24% in 2002. Also of note, alcohol abuse among both groups decreased by approximately half.

But it isn’t just young people that are drinking less. 2019 data from market research firm Nielsen indicated that half of U.S. adults are trying to drink less alcohol. Cann and other companies have capitalized on those new lifestyle choices by marketing to consumers as a welcome alcohol alternative.

A Blessing in Disguise

The 6-packs that Cann is sold in make it perfect for social gatherings — as evidenced by the phrase “social tonic” on every can. But while the pandemic has plagued countless businesses and shattered the aspirations of many entrepreneurs, it’s been a different tale for Cann. The cannabis connoisseurs sold 150,000 cans in their first six months of business in 2019 before making a statement in 2020 with 1.85 million cans sold in just 10 months. There’s good reason to believe they are just getting started, too.

Traditionally brands have to shell out top dollar to well-known celebrities to advertise their product, but Cann has enjoyed an abundance of pro-bono marketing. Their star shines so brightly that numerous celebrities have chosen to invest in the company, including Gwyneth Paltrow, Rebel Wilson, Darren Criss, Baron Davis, Casey Neistat, and Tove Lo, among others.

Unlike the rise in dispensaries, cannabis beverages have a different target customer. According to Bullock, “Extreme, daily cannabis users are never really going to be our customer. If you’re trying to find the cheapest way to get high, our product actually keeps you from getting too high.” (LA Mag) That low dose approach is part of Cann’s appeal, which features merely 2 milligrams of THC, versus the more typical 5 or 10 milligrams.

Given that the beverages from Cann are not aimed at regular cannabis users, it follows naturally that their flavors and branding are crucial to the brand’s growth. A food scientist from Unilever developed enticing combinations such as grapefruit rosemary and lemon lavender. Cann pairs these inventive flavors with pastel cans to appeal to an audience more accustomed to shopping at Whole Foods than their local dispensary.

Ultimately, there are numerous reasons why cannabis beverage sales are skyrocketing, and it appears Cann has carved out a sizable chunk of the market. They tout their drinks for providing a light buzz, no hangover, award-winning flavor, all-natural ingredients, and fewer empty calories.