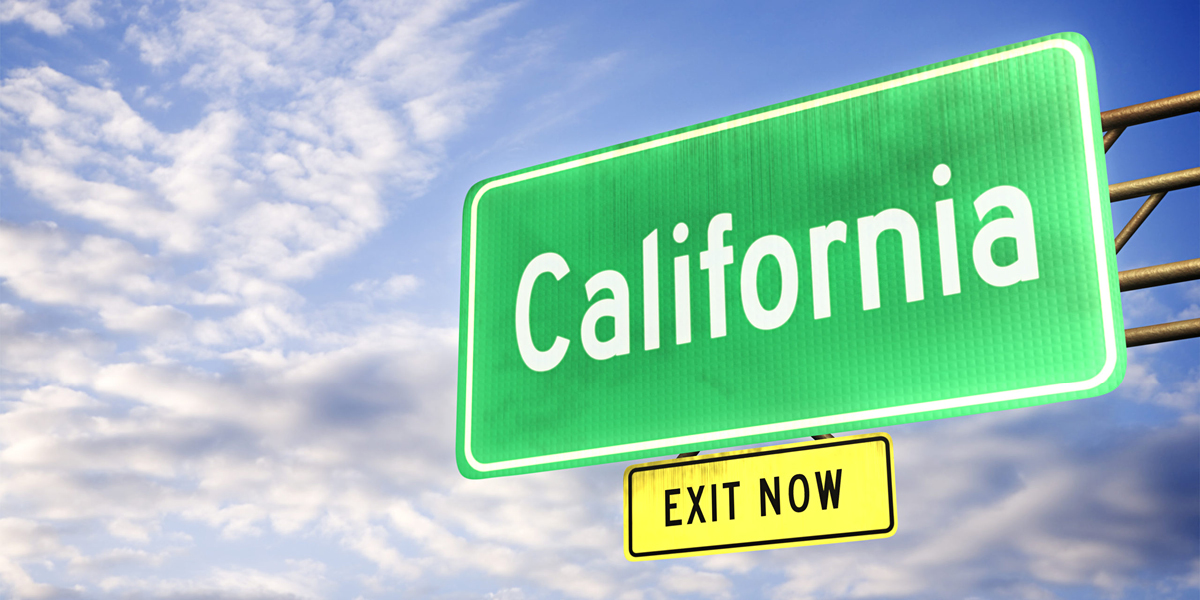 According to a recent article by the Associated Press, the state of California continues to see migration out of the state, with net migration having occurred for three consecutive years. A new population estimate released Wednesday by the Department of Finance illustrated that 136,000 more people left the state than moved here — from July 2019 to July 2020. It is the third-largest net migration loss ever recorded in state history. Despite that, the population of the state still increased by 21,200 over that time, for a total of 39.78 million.

It appears that the stall in population growth is attributable to multiple elements. Here are some of the most commonly agreed-upon factors:

Where Are They Going?

While some current Golden State residents have personal connections with those that have already left in 2020, there are notable big names that made their exits, namely Elon Musk, Joe Rogan, and Larry Ellison.

Two of those three gentlemen moved to Texas, which appears to be the sexy thing to do right now. In fact, a recent New York Times article, ‘Welcome to Texas!’ : Musk’s California Departure Stokes the States’ Rivalry explores the longstanding rivalry between the Lone Star State and California. It cites steep housing costs, raging wildfires, and strict business regulations as the primary reasons why residents are abandoning the state. In fact, of the 653,000 people that left California in 2019, approximately 82,000 went to Texas — more than any other state.

Numerous well-known companies have made the jump to Texas: Apple, Charles Schwab, and Hewlett Packard Enterprise. Apple announced a $1billion campus in Austin in 2018, while Charles Schwab announced a move from San Francisco to Dallas-Fort Worth last year. Meanwhile, Hewlett Packard’s Enterprise, a spinoff of their main division, announced this month their headquarters would move from San Jose to Spring, Texas (near Houston).

A Grain of Salt

The reality of the California exodus is that it should be taken with a grain of salt. To begin with, this is solely an estimate based on a number of potentially faulty sources: birth and death counts, the number of new driver’s licenses and address changes, school enrollments, and federal income tax returns. Given this, the state will likely adjust this estimate next year based on new information. Additionally, as far as real estate is concerned, it continues to be a seller’s market in California as sellers are consistently receiving multiple offers time and time again. Ultimately, the final numbers of California residents moving out of state in 2020 won’t be fully known just yet, and how that shapes the state and its economy is still to be determined.