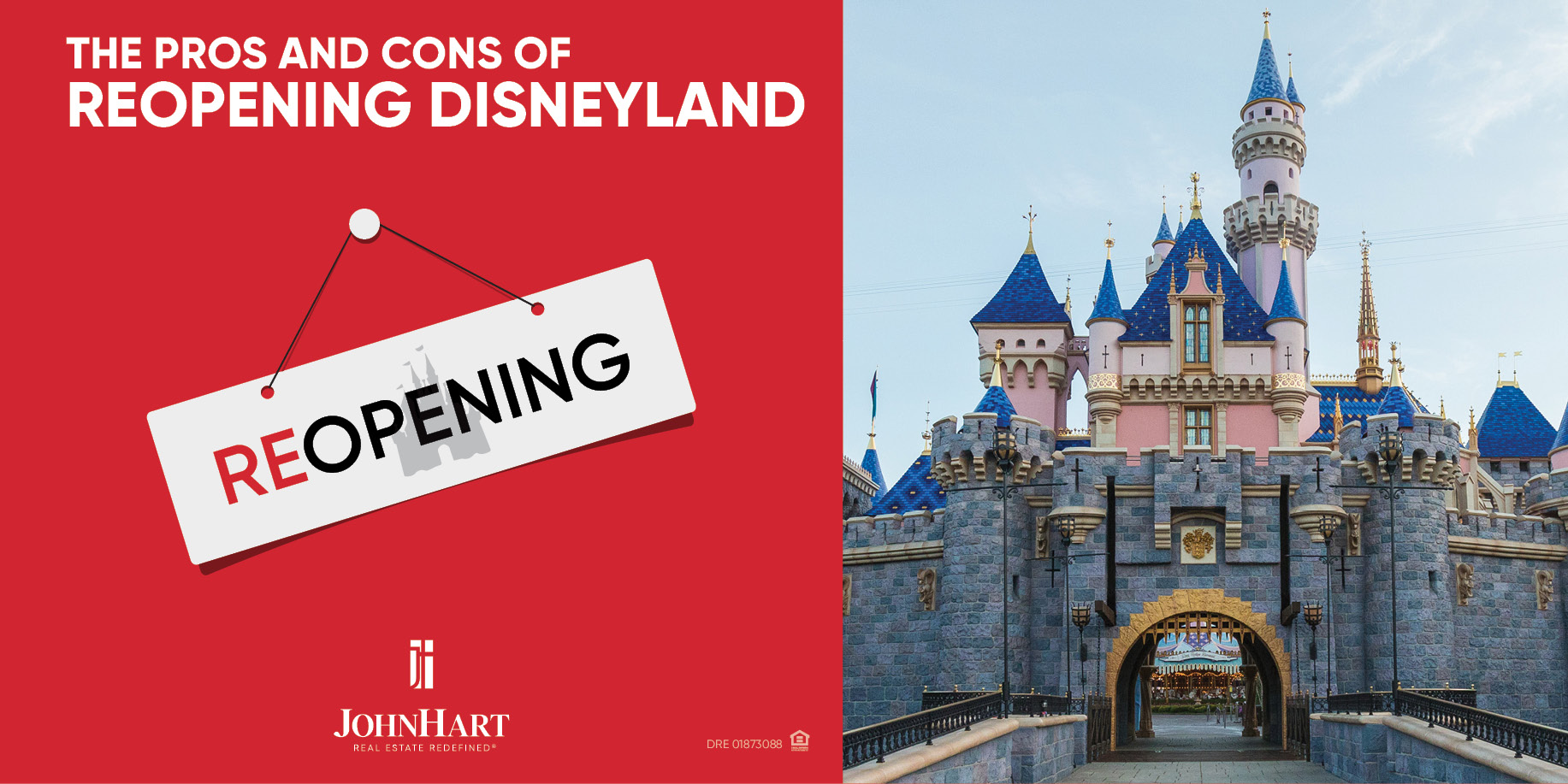 On Tuesday, Orange County received good news: they were upgraded from the state’s purple to red tier, allowing numerous businesses and churches to reopen with reduced capacity. So far, however, the mouse has not made any definitive plans to reopen. Disneyland is a huge part of the economy of Anaheim and the OC, but thus far the amusement park is not yet scheduled to reopen its gates.

In late June, Disney announced a tentative plan to reopen on July 17th, but that was thwarted by an unfortunate surge in coronavirus cases.

Reopening Disneyland and California Adventure is no simple task, and there are plenty of contrasting reasons both in favor and in opposition. Let’s take a look at them:

A cautious reopening of Disneyland will be beneficial for employees, even if some employees weren’t completely on board back in June for a reopening. Many employees have been out of work for months, and you can bet plenty prefer to have a job, rather than experience the fate of their Walt Disney World counterparts: (43,000 workers furloughed April 19th). As unemployment numbers continue to climb nationwide, the opening of Disney would at least partially alleviate financial struggles for some.

Con: A premature opening could produce a spike

Orange County only just moved to the next tier, and opening without a vaccine in place could lead to a resurgence in cases. Hopefully, if Disneyland does put a plan together and receive the go-ahead from the government — they do so while learning from how Disney World reopened in July.

Let’s face it: the world has been a bleak place of late. Reopening Disneyland would instill hope, facilitate joy, and put smiles on the faces of parents and children alike. Disney serves as a pillar of delight for so many, that a reopening of the parks would surely help people forget about the negative news in the world, if only for a few hours. The reopening may also provide hope for those that previously had little to none — hope that this pandemic will not plague us forever.

Though some employees undoubtedly are excited to return, others are not happy about returning to a work environment that could endanger their health and the health of their families. In lieu of a vaccine, guests and employees must adhere to the usual – distancing, masks, regular sanitization, and limited capacity. For some employees, it is difficult to return to work knowing that a rise in cases could begin on the job at any time.

Disney’s rivals in the amusement park realm are trying other methods of circumventing state laws. Knott’s Berry Farm reopened without rides, opting instead to offer incredibly popular foodie events. Six Flags Discovery Kingdom in Vallejo re-opened the animal-only Marine World Experience in July, albeit with reduced capacity. Meanwhile, California’s Great America in Santa Clara has completely thrown in the towel, choosing to remain closed through the end of 2020.

It appears that the reopening of Disneyland and California Adventure will not happen anytime soon, but the new color tier for Orange County does bode well for an announcement from the entertainment giant.

Don’t forget the fact that the entire city of Anaheim is dependent on Disneyland and/or conferences for any of their business. With no end in site, you are shuttering thousands of small businesses and the area may never recover (or at least take a while to do so). Those businesses will likely be unable to stay, some of which have been there as long as Disney itself. Disneyland was studied and shown to have an 8.5 billion dolllar impact on the economy, and is the largest employer in OC.

Also, every other Disney park around the world has opened and proven successful. No mass outbreaks linked to the Florida parks for example. There is already a templates example to follow with reopening, and doing it safely.