Joe Carbonara, one of Kobe’s biggest fans, was so saddened to hear the news of the deaths of Kobe and Gigi Bryant that he decided to pay tribute to them in a unique way – decorating a 2015 Lamborghini Huracan in the famous Laker purple and gold. This one-of-a-kind tribute features the No. 24 on each door with a gold racing stripe running down the center of the vehicle. The roof depicts a mural of the father-daughter duo with a halo above Kobe’s head.

A Chicago-based graphics shop spent two whole days working on the vehicle for Mr. Carbonara. The final product is incredibly impressive: Kobe’s numbers, pictures of Bryant and Gigi, the Mamba logo, and the names of all nine crash victims are included on the ride. In fact, the job was so well done, the Lambo — now dubbed the Kobe24Lambo — gained national attention when it was spotted cruising around Chicago during the NBA All-Star Weekend. 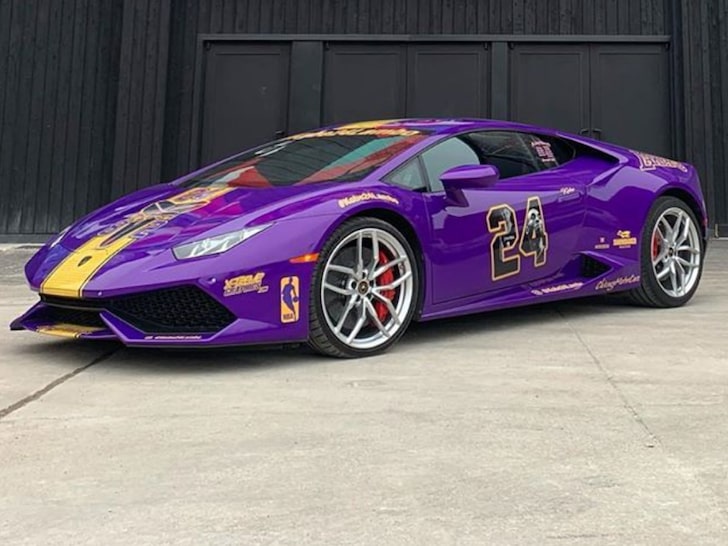 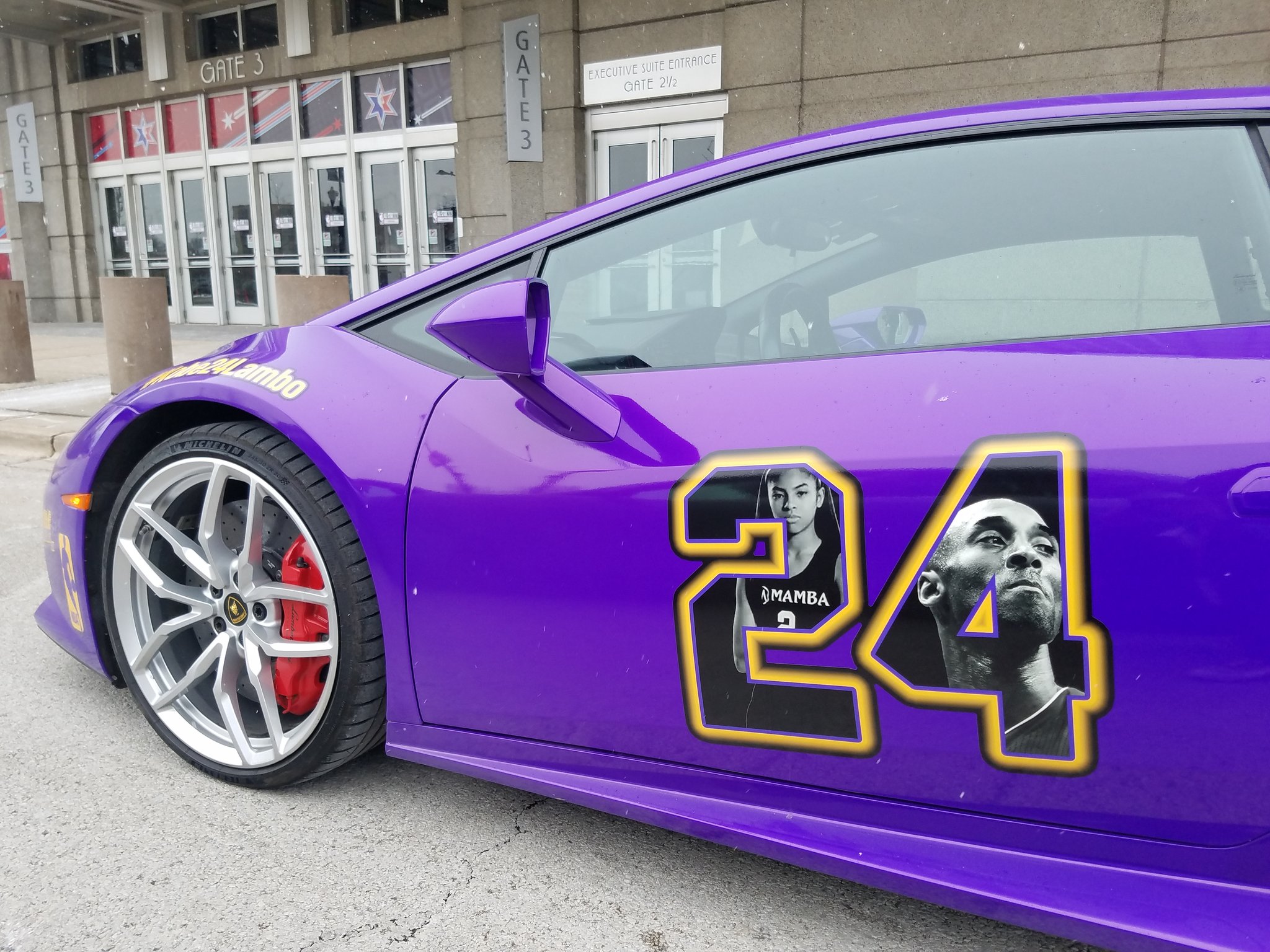 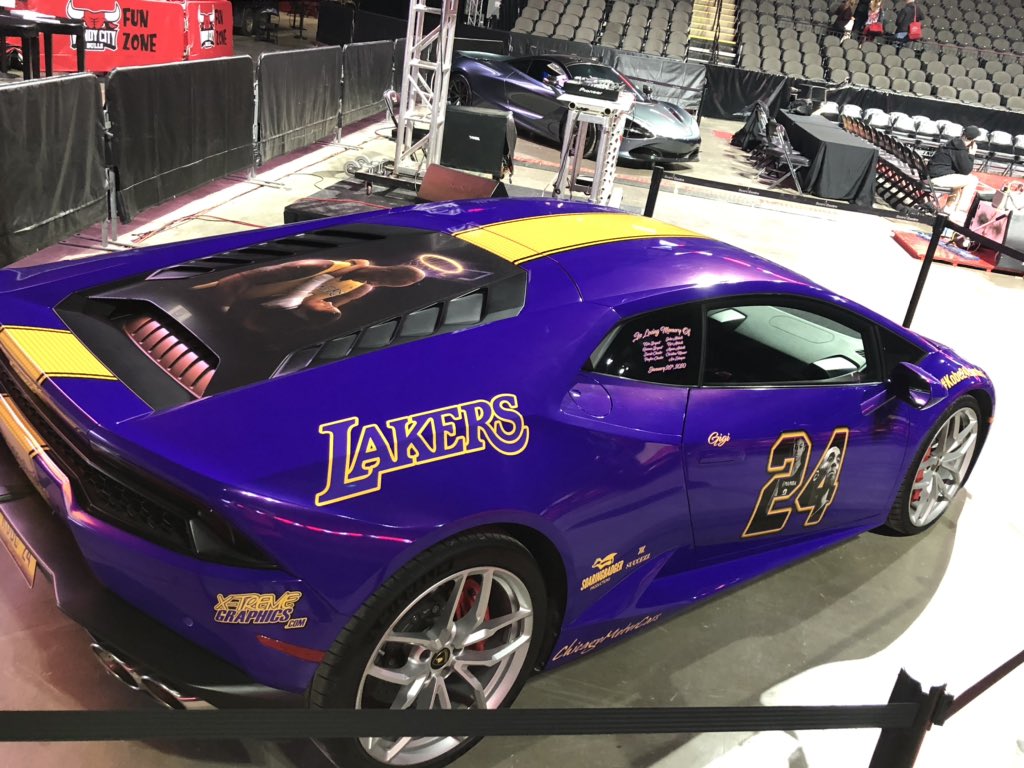