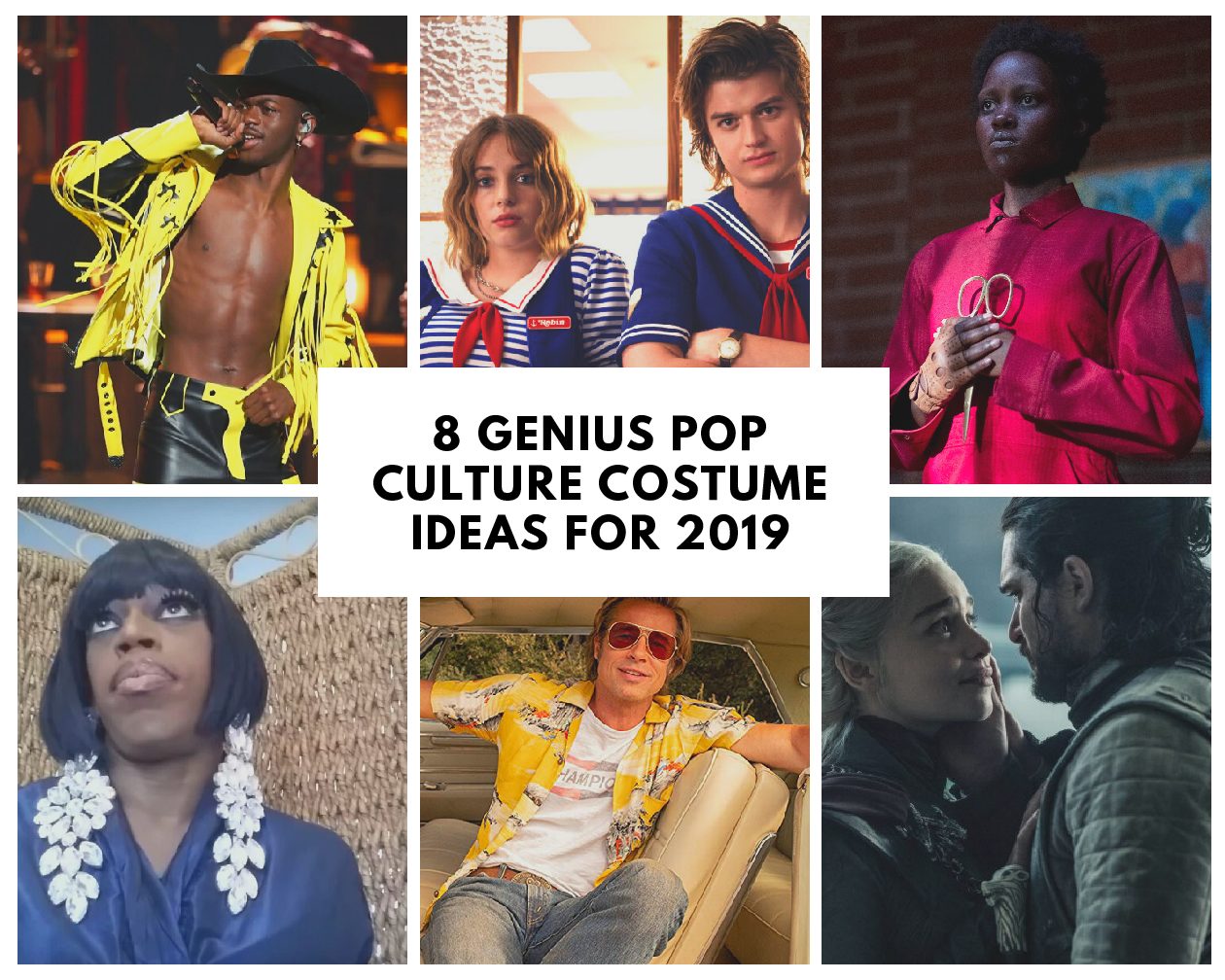 Google posted a list of the most searched Halloween costumes for this year. But for those of you who don’t want to follow the masses—this one’s for you. Here’s a list of clever Halloween costumes that you might not have thought about, but should be on your radar. Pay respect to some of the biggest pop culture moments and movements this year. Here’s our list:

Who are they and where the heck did they come from? If you didn’t know what White Claw was before this year, you sure do now. This popular alcoholic spritzer practically took over social media in 2019, making it the perfect standout costume this year. Be what you drink.

The ultimate blend of creepy and comfort. Dress to scare and pay homage to one of the most talked about movies of 2019. It also helps that this costume looks ultra comfortable. Though, we don’t recommend accessorizing with a real pair of scissors.

She brought back her iconic 2000 Versace red carpet look this year and we are not mad about it. Trending for the SECOND time, this costume is both nostalgic and current. In anticipation of its revival, popular online shopping brand FashionNova even created a “Love Don’t Cost A Thing” 2019 costume in honor of this legendary fashion moment.

He dominated the charts this year with his hit single “Old Town Road.” Given he impressively smashed the record for the longest running No. 1 in Billboard Hot 100 history, it would be disrespectful to not include this new music industry favorite. Plus, his unique flashy style is sure to catch the attention of everyone at your Halloween party. Doesn’t hurt you might get the chance to take over the karaoke machine.

It will take a brave soul to take on this costume considering this man has set the bar extremely high in terms of attractiveness. Emphasis on extremely high. However, if you’re up for the challenge, this movie character made a lasting impression this year in Quentin Taratino’s 9th film: Once Upon A Time in Hollywood.

Sailor costumes have always been a thing but this year they are top-of-mind more than ever thanks to Season 3 of Netflix’s popular series: Stranger Things. These adorable costumes stood out to cult fans so much so that a Los Angeles ice cream pop up shop was created in honor of the show’s noteworthy setup. Take advantage of the opportunity to stuff your face with ice cream this Halloween by dressing up as Stranger Things characters Robin Buckley or Steve Harrington.

HBO’s beloved show has sadly come to an end in May, 2019. Take advantage of the last chance to rock a Game of Thrones costume with relevance before it becomes archived as a pop culture classic. Given the show ended on an undoubtedly shocking note with Daenerys and Jon Snow, it’s only right that we give a nod to this memorable, heartbreaking moment.

8) “And I Oop” Jasmine Masters

Arguably the most popular catch phrase of this year and definitely one of the top viral video clips of 2019. RuPaul’s Drag Race star Jasmine Masters made meme history this year from her “and I oop” catchphrase which has mostly caught fire via VSCO and Tik Tok users. This pop culture costume is a brilliant excuse to get into character and whip out your favorite 2019 sound bite.