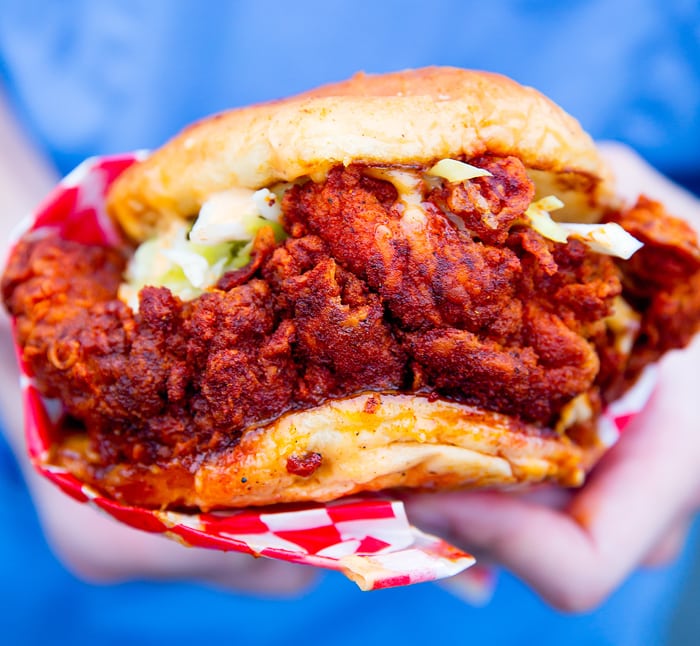 Have you been following the beef between Popeye’s and Chick-fil-A on whose chicken sandwich is better?

I know this article isn’t one of my typical “Top [Insert Cuisine Here] in Los Angeles” blog posts, but it follows the whole “food” theme I’ve got going. And a big part of food, is knowing the current state of the food + restaurant scene.

So, here’s a recap of the Popeye’s vs. Chick-fil-A debate: 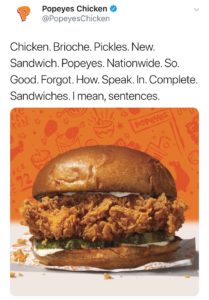 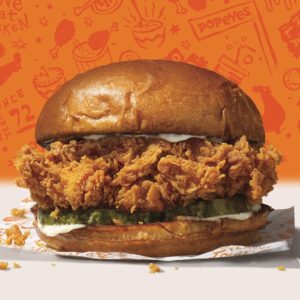 A week later, Chick-fil-A responded with this tweet: “Bun + Chicken + Pickles = all the ❤️ for the original.” Know what they were referring to? Duh! The original chicken sandwich at Chick-fil-A! Here’s what that one looks like: 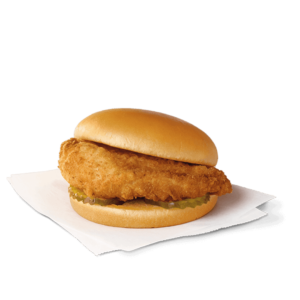 I have to admit… this looks like a sad sandwich, but as we were taught, “Don’t judge a sandwich by its looks!” As a regular Chik-fil-A customer, I have to say, they make a damn good sandwich. However, I never get this sad looking sandwich – I always go for the spicy chicken deluxe.

Anyways, let’s get back to the chicken beef between these two companies. After seeing Chik-fil-A’s tweet, Popeye’s retweeted “…y’all good?” That was the tweet heard round the world! To date, it has over 87,600 retweets and over 324,200 likes. The argument had officially begun and people began tweeting their opinion on which they thought was better. Realizing the virality of this argument, other companies jumped in.

Shake Shack advocated for their chicken sandwich. Then, Wendy’s jumped in, tweeting: “Y’all out here fighting about which of these fools has the second best chicken sandwich.” Wendy’s came in hot… taking on both Chick-fil-A and Popeye’s.

To save you time, this kept going on and on and on for days. Several other companies carrying chicken sandwiches joined in on the conversation knowing there were people out there following this discussion/debate.

To many people, these Twitter wars may seem juvenile, but many brands have discovered that one easy way to cut through the social media noise is to poke fun at the competition. In the fast food world, Wendy’s is known to have one of the sassiest Twitter accounts in the country. I guess Popeye’s is trying to take that title away from them.

Whether you’re a fast food fan or not, you have to appreciate the lengths that these brands go to promote their products and stand out. The organic conversations that took place were good for all the brands involved. Not only did it get their name out there more, they actually sold chicken! It did so well for Popeye’s, that they sold out of their chicken sandwiches.

What’s the main takeaway? SOCIAL MEDIA matters! BRAND matters! At time, it may be hard to quantify the ROI of social media marketing and branding, but customers and consumers alike care. The name recognition = trust. If the costumer/consumer trusts the brand, they are more likely to purchase the product/service associated with it.

Thanks for discussing your ideas with this blog. Also, a fantasy regarding the banking institutions intentions whenever talking about foreclosure is that the loan company will not have my installments. There is a fair bit of time in which the bank will need payments occasionally. If you are too deep inside hole, they may commonly require that you pay the particular payment completely. However, i am not saying that they will have any sort of installments at all. When you and the bank can be capable to work a little something out, your foreclosure procedure may halt. However, in case you continue to miss payments in the new program, the property foreclosure process can pick up from where it was left off.