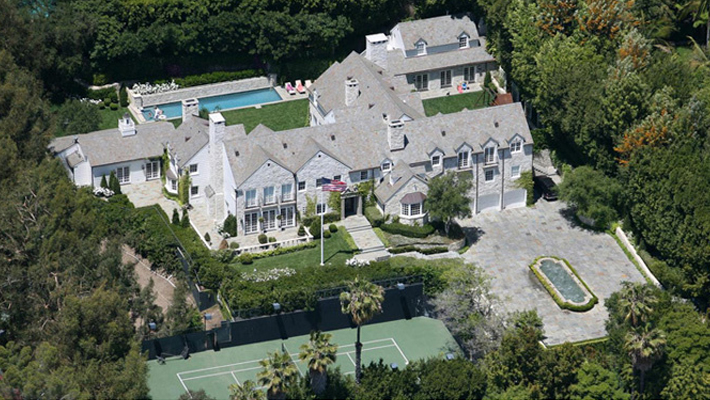 Worldwide action film superstar Tom Cruise has sold his Beverly Hills Estate to a billionaire named Leon Black.  The listing price for this 7 bedrooms, 9 bathrooms, 10,000 square foot home sitting on 1.3 acres of land was at $50 million.

With 1.3 acres, this property also includes a tennis court with basketball hoops, an extensive swimming pool, children’s playing areas, as well as multiple separate living units for guests and staff.

As successful as his box office records, Tom Cruise was able to keep a low profile when it came to selling his home. This estate was purchased in April 2006 for a whopping $30.5 million. Fast forward 10 years and he hoped to sell his home for $50 million and make a $15 million profit. He hired a successful Beverly Hills real estate broker, which gave him the opportunity to quietly market this home.

The asking price was at $50 million; however, Tom Cruise agreed to sell it for $40 million to Leon Black and his family. Reports are indicating that this quiet sale is in escrow and will soon be finalized.

Check back for an update upon closing!

Ovsanna is a recent graduate from Woodbury University receiving a Bachelors of Business Administration Management. Ovsanna joins our team with a positive personality and a desire to grow within the company. She is determined to learn something new every day and apply it to her work. View all posts by Ovsanna Khacheryan on Google+ →