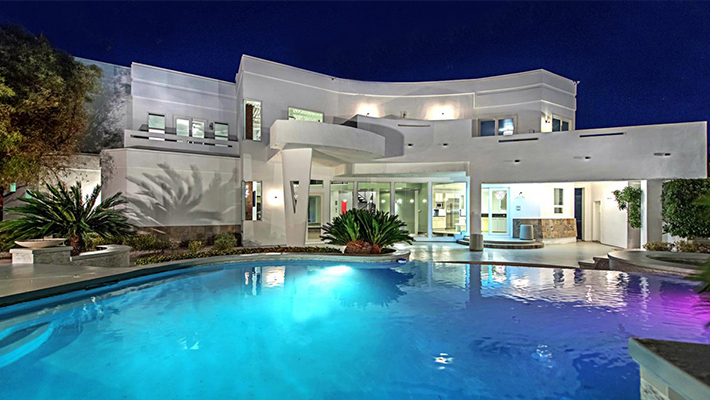 The two-story, 5,800-square-foot home has five bedrooms, six bathrooms and three fireplaces, according to Luxury Homes of Las Vegas, and he is listing the home for $1.5 million. 16 miles from downtown Las Vegas in the gated community of Seven Hills, this incredible newly remodeled mansion rests on a third of an acre with an industrial-style spread to welcome you. A mix of marble, wood, slate, and steel—opens to a dramatic foyer with a 25-foot-high lit waterfall which connects to a sunken great room with a wet bar and a fireplace. The backyard boasts an infinity pool with two spas and a waterfall, as well as a large patio area, featuring a fire pit, BBQ area, bar area and pool bathroom. According to the New York Times, the home was originally valued at $3 million, Tyson bought it for $1.7 back in 2007 from a former NBA Player. Tyson bought an even larger manor down the street from this, so not only would buy his old home, you’ll also share walks to the mail box!