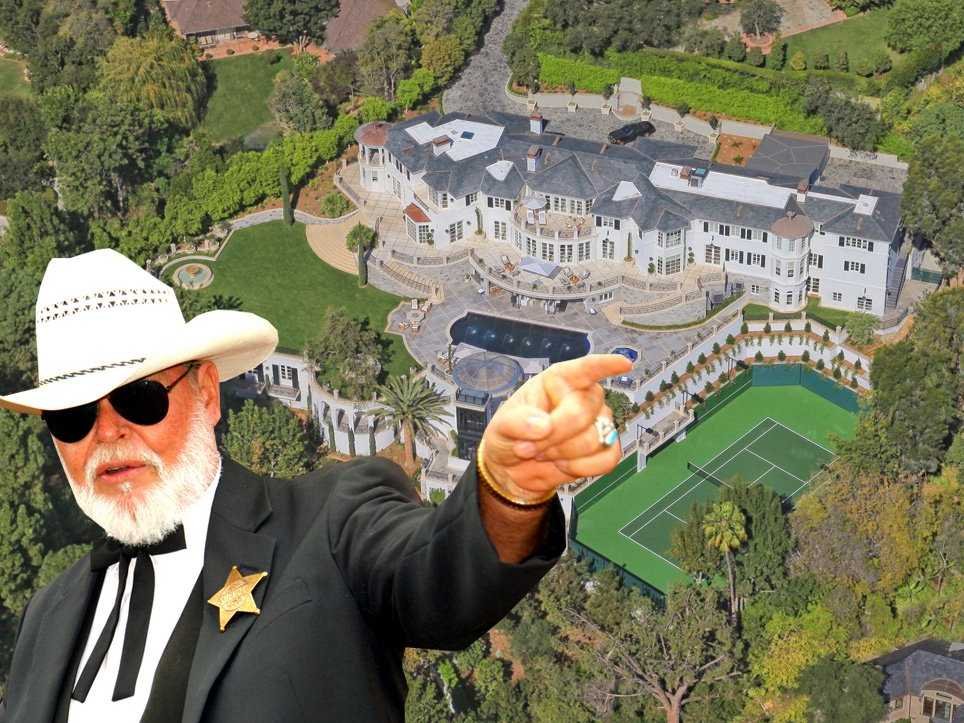 Are you wondering what to do with that extra $65 Million you have lying around?  Look no further, the Liongate estate in East Gate Bel Air is on the market and waiting for you.

With 1.63 acres of pure glitz and glamour, this godly estate would satisfy even the likes of Jay Gatsby (should he have been a real person and still alive).  There are far too many custom features, add-ons, and unnecessary “things” for me to name them all, so I will mention only a few that struck me as blog-worthy.  First off, the $65 million asking price includes all furniture (designed by someone famous), a home automation system with White House-like security measures, and a fully trained staff should the new owner not feel like putting 50 hardworking human beings out of work. The 3+ story floor plan of the main residence is 24000 square feet with eleven bedrooms, seventeen bathrooms, six fireplaces and one ballroom.  Once the guest house is completed you can tack on another two bedrooms and three bathrooms to the count.  The outdoor living space at this estate is almost as impressive as the indoor quarters.

Outside you will find a beautiful kitchen and fireplace overlooking the swimming pool.  As far as face-lifts go, one hillside has been whittled into a tennis court and another hillside carved into a subterranean living space accessible by an outdoor glass elevator.  Fancy a spa day? Head on down to the Liongate wood-floored fitness room with adjoining spa, sauna, steam, and massage rooms. The estate was originally built in the late 1930’s and designed by the acclaimed architect Paul Revere Williams.  The property stood with its original nuts and bolts until none other than country music legend Kenny Rogers decided to remodel 1979.  Mr. Rogers added the famous stone lions along the driveway which would eventually lead to the naming of the property (Liongate).  He would end up selling Liongate in the late 1980’s to an heiress of one sort or another.  To whom exactly it was sold is neither here nor there, for there is no chance he or she is as cool as Kenny Rogers. Mr. Rogers ended up selling his home to purchase an even grander 10 acre estate in Beverly Hills – The Knoll.  Since Kenny sold Liongate, the asking price fluctuated from $30 million in 2006, to $23.95 million in 2007, to $14.99 million in 2009, and finally to $12.2 million when it was purchased by its current owners.  Over the next three years the entire property underwent a head to toe, spare-no-expense renovation – under the direction of LA stationed architect Dean Larkin.

There’s no question that Liongate will deliver with an asking price of $65 million.  I guess my questions are – when is the open house, what kind of wine are they serving, are there seconds on cheese, and can I bring a date?

Hope more are to come.