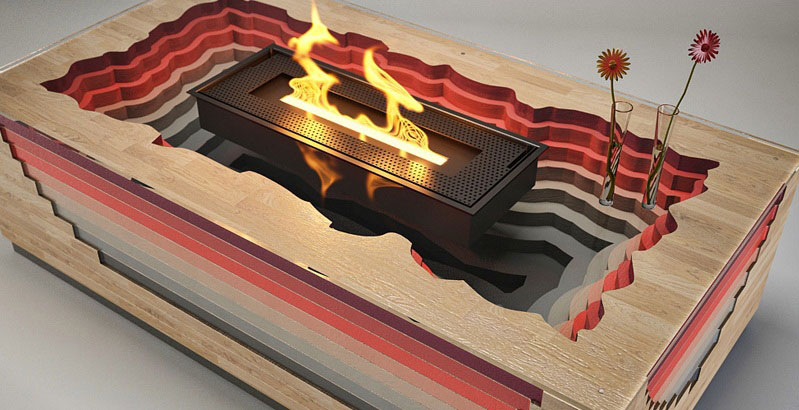 Found the perfect home but all it needed was a fireplace? No problem!

It used to be that if you wanted a fire in your home you needed to purchase a home with a chimney or install one which can be a costly project to tackle.  If you were lucky enough to find a home that suited you perfectly and had a chimney the cost to keep them clean and safe is often not worth the effort of using them.

The dangers of wood-burning fireplaces include toxic fumes produced by the soot that when inhaled can cause serious health problems as well as possible fire hazard from the build-up of creosote in the chimney if not regularly cleaned.  Creosote is a chemical byproduct left over from burning large quantities of wood and can spontaneously combust creating an out of control fire hazard in your home.  Because of these health and public hazards most cities have banned the use of wood-burning fireplaces which also reduces the amount of air-pollution produced.  The introduction of clean burning bio-ethanol fireplaces have become the modern replacement to the age-old burning of wood.

Bioethanol is a renewable fuel derived from agricultural feedstock such as corn, sugar cane, and potato.  The burning of bioethanol is clean which produces no toxic soot, ashes or smells that would typically be associated with burning other fuel types.  The only byproduct produced from ethanol based fireplaces is carbon-dioxide and very little water which means that a chimney is no longer required.  The fact that venting is no longer required will drastically change the design, the way we think and the way we will use our fireplaces in the future.

The examples below illustrate just how much freedom homeowners will have in the placement of fire within the home.