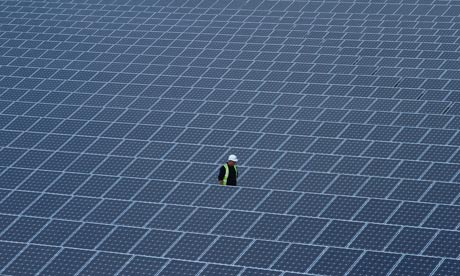 The Rising Tide of Energy Costs, and It’s Weight on the Average Homeowner.

As predicted, the finite natural energy reserves continue to dwindle and the cost of energy is expected to hit record highs in 2012 analysts say.  Just when you thought it couldn’t possibly get any worse, the U.S. expects to see at least a 10% increase in energy costs by April 2012 which translates into $4.50 at the pump in California and roughly $4.00 for the rest of the U.S.  You’re probably asking yourself why has energy costs increased if demand in the U.S. has decreased 4% from last year.  Global demand overall has proved to be the main cause for stubbornly high oil prices and more specifically the demand for energy has been steadily increasing for South America in particular.  In an already depressed economy, these increases will force many Americans to take actions to cut their energy consumption anywhere possible and look to alternative renewable solutions to achieve energy independence.

Solar Technology, in with the new & out with the old. There are two main competing technologies in production currently, both of which have very distinct advantages and disadvantages.  The benefit of Silicon (Mono/Multi-Poly)-Crystalline panels (pictured on the right), consisting of rigid aluminum & glass type construction is that they tend to be more efficient at 15-20%.  This fact has afforded them the top spot in solar technology for years.  However, the negative aspect of this type of solar technology is that it is also the most expensive to manufacture and install, which is the reason why they have not yet been widely adopted for use.

No longer on the horizon, the advances in Nanotechnology “a.k.a. Nanotech” sciences have produced tangible results in the manufacturing processes of solar technology.  Nanotechnology has been defined as “The study of manipulating matter on an atomic or molecular scale, with the matter typically possessing at least one dimension sized from 1 to 100 nanometers”.  To put that into perspective that would be 40,000 times smaller than the width of an average human hair. Like expectant parents anxiously awaiting the arrival of their new baby, Nanotechnology has given birth to a new solar technology offspring and it has been named “Thin-Film Solar Technology” (pictured on the left).  Otherwise known as Amorphous Silicon and C.I.G.S. (Copper Indium Gallium Selenide) in the industry, these new technologies have been said to have a very bright future (no pun intended).  Unlike its rigid and costly predecessor, Thin-Film Solar-tech is dramatically cheaper to manufacture due to its inherent (printing type manufacturing process).  This new process allows the energy generating element to be sprayed or printed onto a substrate rather than carving and slicing a solid crystalline structure.  The resulting product is very cheap, much more attractive, highly flexible, and can be incorporated into current roofing materials such as roofing shingles and ceramic tiles.  The efficiency in current C.I.G.S. products on the market now are only at 15% efficiency, however a new Swiss research company claims to have hit 18.7% efficiency in May of 2011.  With any luck we may see this product advance in the market within a year or two.  As with many parents, high expectations and hope have been placed upon the nascent Nanotech spawn to usher in a new age of energy independence.  Many feel that we are well on our way to a mature C.I.G.S. global revolution.

From Base-camp to the Bedroom, the DIY revolution has commenced. Silicon-Valley startup Nanosolar (backed by Google) has inspired a new culture of Tree-hugging DIY’ers with its new $1 per watt C.I.G.S. solar panel technology.  Whether you rent or own, the new C.I.G.S. technology will soon find its way into the hands of every human on earth if Nanosolar and Google have their way.  The key to this revolution is in the $1/watt (cheaper than coal) price point.  It used to be that you would only see use of solar panels on some extreme military or scientific research expedition because of prohibitive costs of specialized equipment.  Since the availability of low cost, enhanced efficiency and ease of use in solar power tech retailers are now seeing a surge in demand for this type of equipment.  Advancements in storage capacity found in Lithium-iron-phosphate (LiFePO4) batteries have also produced highly mobile all-in-one units.  There are a flurry of new sites devoted to DIY Solar projects and Portable Solar Power video tutorials to be found on sites like Youtube and Vimeo.  As this technology evolves the drive for others to go green and un-plug from the grid will likewise continue to grow and evolve.  Imagine a $10 electricity bill which includes the cost to charge your 100 mile electric car!