For the first time in history S&P downgrades the U.S. credit rating by removing its triple-A designation.

Last week the Standard & Poor downgraded several of its credit ratings of U.S. government-related bond issues causing the stock market to plummet around the world.

The S&P dropped the long-term debt rating for the U.S. from its long standing rating of AAA to AA+.  “The downgrade reflects our view that the effectiveness, stability, and predictability of American policymaking and political institutions have weakened at a time of ongoing fiscal and economic challenge,” the company said in a statement.

President Barack Obama responded to the downgrade by saying that the United States will always be a AAA-rated country.

“If you corrected the political settings that would certainly improve the credit standing,” S&P managing director John Chambers said. “But let’s not forget the damage that has been done to the credibility outside the United States about this debacle over raising the debt ceiling.”

The aftermath of the S&P’s downgrade resulted in stocks posting their worst losses since the financial crisis of 2008.  The Dow Jones industrials fell almost 700 points on the first trading day after the downgrade.  This drop was the Dow’s sixth-worst decline in the last 112 years since December 2008.

Among the stocks that were hit the hardest were Bank stocks.  Bank of America’s shares fell 20%.

For every stock that rose on the New York Stock Exchange approximately 70 dropped.  The volume of trading was the highest since September 2008 and the fourth-highest on record, totaling 9.9 billion shares traded.

Agencies connected to long-term U.S. debt like mortgage lenders Fannie Mae and Freddie Mac were downgraded by S&P.  The downgrade can potentially lead to higher mortgage rates since these agencies own or guarantee about half of U.S. mortgages.

Another key credit-rating agencies, Moody, stood by its triple-A rating for the United States.  It said it could downgrade the U.S. if it does not improve its long-term finances by cutting its deficit, “but it is early to conclude that such measures will not be forthcoming.”

Tuesday’s opening bell showed some hope for the market.  Bank of America’s stock looked to regain some of its losses with shares up 7%.  Financial stocks like JPMorgan Chase, American Express are also bouncing back with more than 3% increase.  Citi jumps up with a 10% increase.

Only time will tell if Tuesday’s increase was just a fluke or if this is a real sign that the market is making a positive turnaround.

For the time being the Federal Reserve has said that it plans to keep rates low for “an extended period.”  The Fed will meet today and later release its monetary policy statement.  Investors will keep a close eye on the central bank’s announcement for hints.

“Everyone’s looking to them at this point for the exact language they use to describe the economy, and then we have to decode it,” said Lee Smith, vice president of Cozad Asset Management.  “I think they’ll have to recognize that we’re in a soft patch, but they’ll probably say it’s not a recession.” 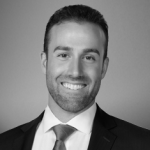 Interestingly enough, since the time that we wrote this article, the head of S&P has stepped down and the SEC is investigating the firm regarding the models they used to downgrade the US economy. While many feel this is retaliation, I strongly feel that not only S&P but also morningstar and all credit rating bureaus that were around during the 2008 crash should be investigated regarding what models they used to reccomend so many of the big banks that failed. After all would we not have been demanding a higher return or avoiding these financial institution like the plague if S&P had reported that their credit worthiness was in question???